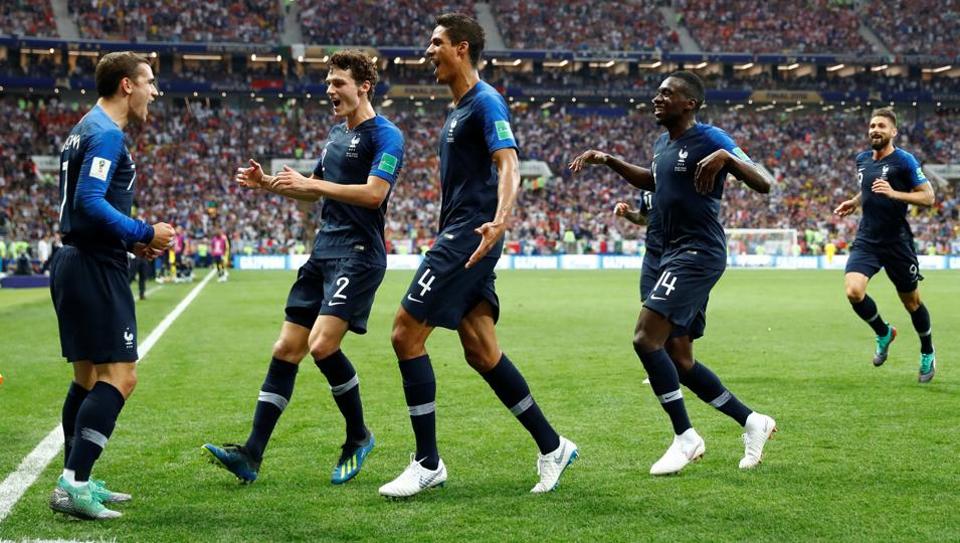 France is the champion of 2018 FIFA world cup. They beat Croatia by 4-2 to win the trophy of world champion second time. They have won the trophy back in 1998. 2018 FIFA world cup(21st FIFA World Cup) was hosted at Russia which started at 14 Jun 2018. The last match was played on 15 Jul 2018 between the two finalists France and Croatia at Luzhniki Stadium in Moscow(Russia). Total 64 matches were played in 12 venues which were located in 11 cities.

For France first goal was happened because of Mario Mandžukić(From Croatia) as he heads the ball into his own net. This was very unfortunate for Croatia. The second goal was scored by Antoine Griezmenn at the 38th minute of Match this leads France by 2-1. The third goal came from Paul Pogba at the 59th minute that leads France by 3-1. At the 65th minute of the match, France hit the fourth goal and this was executed by Kylian Mbappe.

Related videos
{{video_item.video_data.title}}
Related Images
Comments
You need to be a member of JoyAdda to comment on this VCCP.