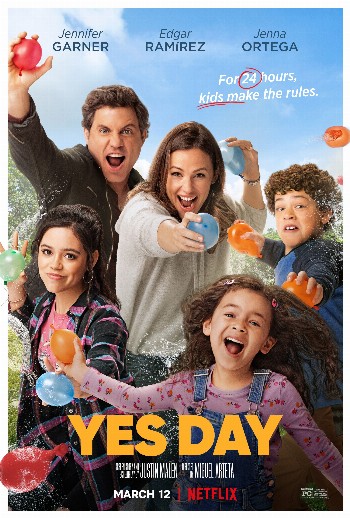 Yes Day is an upcoming American comedy film which is based on the childrenâ€™s book having the same name by Amy Krouse Rosenthal and Tom Lichtenheld. Featuring Jennifer Garner, Ã‰dgar RamÃ­rez, and Jenna Ortega, it is directed by Miguel Arteta and screenplay is done by Justin Malin.

The story of Yes Day revolves around the theme of a rejoicing comedy of a family. The story is about an informal annual holiday which is the dream of every child. That time of the day where the parents cannot find excuses to deny to their childâ€™s requests. itâ€™s an event that the star of Yes Day Jennifer Garner has implemented into her own family life.

Yes Day is a 2021 American Comedy film directed by Miguel Arteta, based upon the children's book of the same name by Amy Krouse Rosenthal and Tom Lichtenheld starring Jennifer Garner, Edgar Ramirez and Jenna Ortega. After being declared a dictator by their three kids Alison (Jennifer Garner) and Carlos (Edgar Ramirez) decided to gift their kids a 24 hours of complete yes day where the kids will be allowed to do whatever they want for 24 hours. A complete family entertainer, funny and an eye opener for parents as well as kids. Without getting preachy the movie beautifully describe family bonding. The whole cast including all the kids have done wonderful job. With really funny and emotional moment â€˜YES DAYâ€™ definitely proves to be a wholesome family.