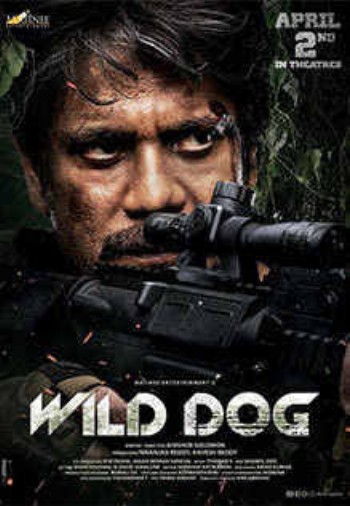 Wild Dog is a 2021 Indian Telugu-language action thriller film. The story revolves around how after a bomb explosion in the city of Pune, controversial officer Vijay Varma, also known as Wild Dog, is brought back to investigate the case. When he identifies the mastermind, Khalid, Vijay conducts a covert operation to catch him. A dramatised story based on true incidents, Wild Dog is an ode to the NIA officers who staked everything to nab Bhatkal.

This movie looks gorgeous from starting to ending with a twist at the end . Though this movie is based on real incidents , it is created fairly and straight up to the point. Coming to the movie, the script is pretty clear about what they are trying to show us. How the NIA team works and what kind of struggles and hardships they face while they go to the battlefield. Its an edge of the seat flick while watching at big screens. Each and every conflict portions of this film will make your spine chilled.

Nagarjuna and entire team of Wild Dog did a decent job, the direction was good, the action sequences are superb, overall the movie was amazing and you must watch is big screens to get the feel of Hollywood movie and feel of good action movie from India cinemas. the second off and climax was peaks. Really worth watching.