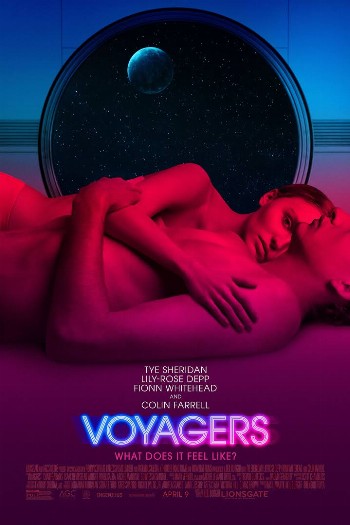 Voyagers is a 2021 American science fiction film. Set in the future, the film chronicles the odyssey of 30 young men and women who are sent deep into space on a multi-generational mission in search of a new home. The mission descends into madness, as the crew reverts to its most primal state, not knowing if the real threat they face is what's outside the ship or who they're becoming inside it.

Itâ€™s a film that might come to mind when watching Voyagers, not just because it actually digs into the possibilities of its premise, but because it really engages with the idea of a life lived in transit without a destination, and with the idea of how different that really is from the lives weâ€™re living now. Voyagers, in keeping its focus where it does, feels like a waste not just because of how predictable its beats are, but because it ends just when it feels like itâ€™s getting interesting.