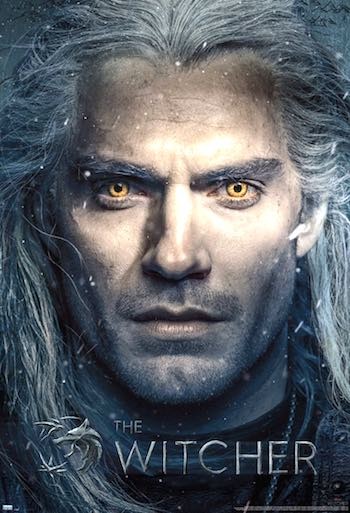 The Witcher is a Polish-American fantasy drama streaming television series that is based on the book series of the same name by Polish writer Andrzej Sapkowski. The story is based on a fictional, medieval-inspired landmass known as "the Continent", The Witcher revolves around the legend of Geralt of Rivia and princess Ciri, who are connected to each other by fate. In the beginning, the show is based on Geralt of Rivia, Crown Princess Ciri, and the sorceress Yennefer of Vengerberg at different points in time, taking a tour of developmental events that designed their characters, before eventually dragging them into a single timeline detailing the invaders from Nilfgaard.

The game is focused mainly on Geralt of Rivia, who is found unconscious and suffering from amnesia at the beginning of the game. He gradually discovers that he was a well-known and reputated witcher and that he has friends and enemies almost everywhere (who do not suffer from amnesia...). Through the player's actions, he will reconsider those relationships and choose his path in the political intrigue that surrounds him.

Every single actor and actress did a spectacular job with the initial introduction and development of their characters. Henry Cavill was born to play the role of Geralt. The combat in this series is beautifully done. The scenes with Geralt fighting enemies with the camera panning him from the back is cinematography at its finest, along with the very gory, explicit kill scenes, all tying into the dark fantasy world. The sword fights all seemed realistic and natural.

The storytelling throughout is masterfully done, keeping significantly close to the source material and keeping at a familiar pace as fans have seen with the games and books. Plenty of gut-wrenching monster killing is provided while at the same time not losing track of the plotline. Each character's timeline was developed perfectly while all lying to each otherâ€™s so smoothly. Overall, The show is incredibly well made. The show starts really slow and it takes quite some time to pick up the storyline but once you comprehend it, it suddenly gets exciting as it gets darker and intense.

FAQs about The Witcher