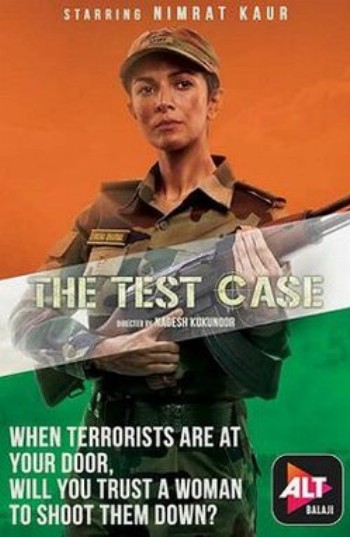 The Test Case is the story is based on the main character training to be the first woman test case in a combat role, within theÂ Indian Army.Â The main story of this web series is inspired by the 1997 American filmÂ G.I. Jane. Captain Shikha Sharma aka Nimrat Kaur is the main protagonist and the only woman in a bunch of Indian Army officers, training to get included in the Special Forces. Apart from this, she is also the first woman to be undertaking the course making her a test case for inducting women into combat-oriented roles in the Indian army. The storyline is based on her journey of defeating challenges at home to biases by her colleagues despite being an intelligent and highly motivated individual.

Every aspect is quite professional and looks real. One who admires and respects the Indian Army passionately will love this web series undoubtedly. The series is totally and legitimately one of the best web-series with its scenes, twists, and realistic approach. The actors are transfixed in their roles. You will not feel for the moment that they are not real.

Must watch and it is surprisingly addictive to watch.

FAQs about The Test Case