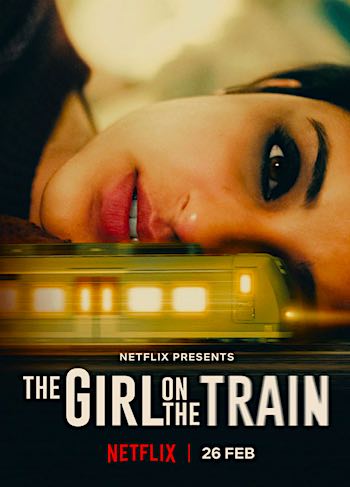 The Girl On The Train is a Hindi mystery-thriller drama that revolves around the story of divorcee who becomes an alcoholic who gets involved in some complications in the investigation of a missing person. The story is based on the novel of the British author Paula Hawkins' 2015 carrying the same name. The movie casts Parineeti Chopra in the lead role.

Furthermore, it also features Aditi Rao Hydari, Kirti Kulhari, Avinash Tiwary and British actress Sammy Jonas Heaney. It is directed by Ribhu Dasgupta, under the banner of Reliance entertainment. The total duration of the film is 112 minutes. The movie was supposed to get release much earlier but because of the pandemic the release got delayed.

The Girl On The Train Release Date

The Girl On The Train Cast

The Girl on the Train is jam packed with mystery and thriller. The trailer was not so interesting but the movie is unique and this is little bit different from the Hollywood one which stared Emily blunt in lead. And this one featuring Parineeti Chopra in lead is wonderful. The songs are really pleasing and the cinematography, background score is really great.

The emotions portrayed come off as genuine and absorb you into the proceedings quite effectively. Full utilisation of her acting skills and Avinash Tiwary, Kirti Kulhari and Aditi Rao are equally good to watch.

Talking about the lacking part:
The story turns out to be a bit messed up, for first 60 min., then it is pretty simple. The story lacks in its climax part, as it makes almost everything predictable. The narration could have been more better.

Overall, the movie is an average watch!

FAQs about The Girl On The Train