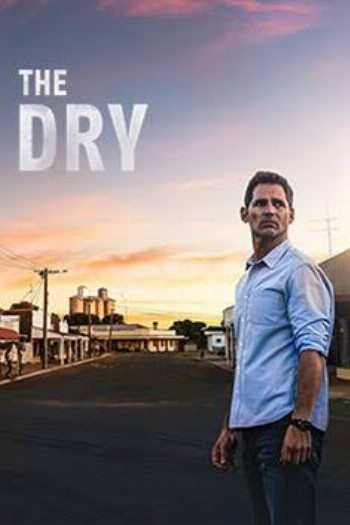 The Dry is a 2020 Australian mystery drama thriller film. The film is based on the 2016 book of the same name by Jane Harper. The story revolves around Federal Agent Aaron Falk who returns to his home town Kiewarra after an absence of over twenty years to attend the funeral of his childhood friend, Luke, who allegedly killed his wife Karen and child Billy (sparing baby daughter Charlotte) before taking his own life. At the persuasion of Luke's parents, Falk reluctantly agrees to stay and investigate the circumstances of the crime.

Falk is continuously harassed by the townspeople, following the now twenty-year-old death of 17-year-old Ellie Deacon, a close friend of his that he was romantically involved with. Falk was immediately suspected for the death, as he gave her a note that day asking her to meet him at the river, only for her not to show and be found by her father and the police, drowned in the river. Falk and his father then left the town to avoid harassment from Ellie's ruthless father Mal.

FAQs about The Dry