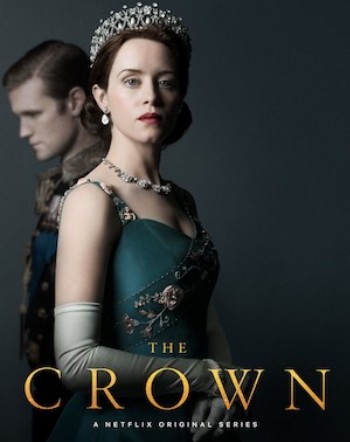 The Crown is a historical drama streaming television series about the reign of Queen Elizabeth II. The first season covers the period from Elizabeth's marriage to Philip, Duke of Edinburgh in 1947 to the disintegration of her sister Princess Margaret's engagement to Group Captain Peter Townsend in 1955. The second season covers the period from the Suez Crisis in 1956 to the retirement of Prime Minister Harold Macmillan in 1963 and the birth of Prince Edward in 1964. The third season spans 1964 to 1977, includes Harold Wilson's two periods as prime minister, and introduces Camilla Shand. The fourth season spans 1979 to the early 1990s and includes Margaret Thatcher's tenure as prime minister and Lady Diana Spencer's marriage to Prince Charles. The fifth and sixth seasons, which will close the series, will cover the Queen's reign into the 21st century.

To put it simply, the sets in this show are just gorgeous, but more than that, they are invaluable in helping audiences immerse themselves in the era and story. The cast is stellar both as a whole and individually. Leading the way is Claire Foy who plays Queen Elizabeth II. She is truly an actress with a versatile skill set, one who is able to move audiences and command every scene she is in. She has this rare ability to emote with just her eyes, conveying every facet of the human emotion including joy, pain, sorrow, indignation. She also nails the Queen's English accent and her unique lilt down to the very syllables.

Despite the artistic and narrative liberties taken, the scripts for each episode are written in a way that feels authentic to both the historical period and the characters themselves. The writing is well-nuanced with a good balance of sombreness, drama and the occasional humour. The wide vocabulary used is also quite refreshing and frankly, good for improving one's mastery of English. The Crown is beautifully and thoughtfully shot. The cinematography goes beyond the aesthetics and is cleverly used to build the tones of each scene.

FAQs about The Crown