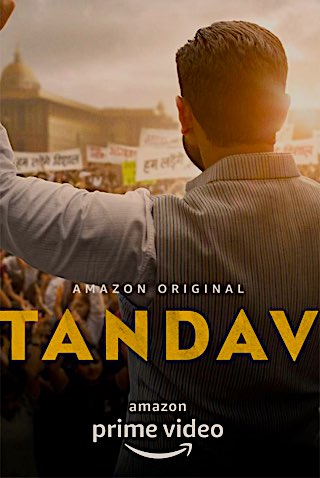 Tandav is an Indian show that is based on thriller drama genre. The show casts Saif Ali Khan, Kritika Kamra, Dimple Kapadia, Sunil Grover and Mohammad Zeeshan Ayyub. It is directed by Ali Abbas Zafar and written by Gaurav Solanki and Ali Abbas Zafar. The story revolves around the concept of Indian politics, it will take you through the dark phases of politics.

Tandav is based on a distinctively different political concept. Saif Ali Khan will be playing the role of a politician. The show portrays every nooks and corners of politics. Most importantly the story deals with the innermost personality of people entangled in the want for more power. And apart from dealing with political background, the story also portrays Indian society.

Tandav is finally up on Amazon Prime. It is the debut of the elegant, Dimple Kapadia featured as the lead on the OTT platform and itâ€™s Saif Ali Khanâ€™s second web series after Sacred Games. This story revolves around a powerful politician who is a two-time prime minister and his son, Samar Pratap trying to become the next prime minister then there are few others waiting in line to become the next prime minister, Maithili played by Gauhar Khan, Anuradha Kishore played by Dimple Kapadia. Still, all of them together were unable to make a powerful impact on the screen.

The studentâ€™s politics played in the university will get your attention. It goes back and forth between behind closed door battles of politics of Samar Pratap and Anuradha Kishore and the politics going on in the university. Zeeshan Ayyub is a delight to watch as a student leader. The grand view of Pataudi Palace is so beautiful in this series. Although the show didnâ€™t showcase the expected impact, you wonâ€™t see anything new but if you enjoy watching such political dramas, you must watch it once!

Tandav: Know everything about its cast and plot of this upcoming Amazon Prime show
More like this
Latest on Joyadda