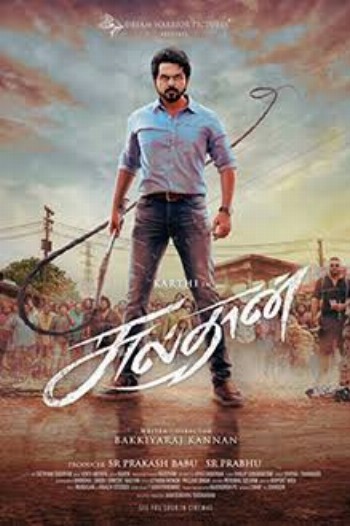 Sulthan is a 2021 Indian Tamil-language action thriller film. The story revolves around a motherless child, Vikram (Sulthan) is raised by a group of hardened criminals who works for Sethupathi. He loves these 100 men as brothers but despises their taste for violence. Following the death of his father, the responsibility to take care of these men falls on the shoulders of Sulthan. That is when he decides to transform them and teach them to live as civilized people. It is a Herculean task, but the loyalty and the love that these men have towards him, gives Sulthan a fighting chance.

It is a Must Watch film. It's the story of the life of the Sultan family. Memorable acting by Karthi, Rashmika, Lal, and Yogi Babu. Though the concept is routine, the cine-goers have been loving the endearing chemistry between the lead actors and the unconventional execution of the film which is appreciable. The duo's acting stints have garnered an immense response from both critics and the audience. Notably, the film marks Rashmika's debut in Tamil and as expected the actress' role as a village belle has left a mark with the cine-goers. The performance of Malayalam actor Lal, who plays father to Karthi in the film has been getting terrific responses from all corners.