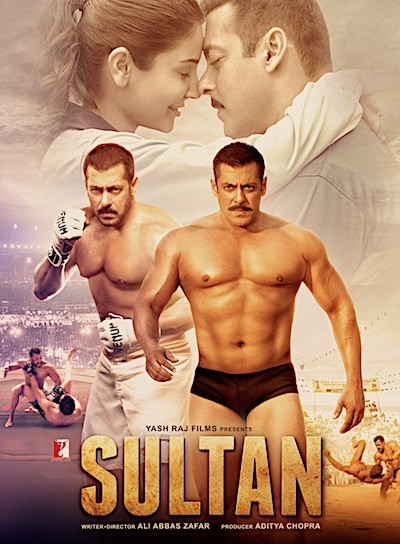 Sultan is a Salman Khan movie that is based on wrestling. In the movie, the character Sultan grow as a wrestler and became a world champion. But because of family circumstances, he left wrestling. But he resumes as a professional fighter in a tournament. The story of Sultan movie shows the ups and downs in the life of its main character and how he became champion against all odds.

The movie is directed by Ali Abbas Zafar and composed by Aditya Chopra under the banner of Yash Raj Films. It features Salman Khan and Anushka Sharma in the lead. The film was released in the year 2016. Overall, Sultan movie is a pure drama that is filled with the actions scenes of Salman Khan,

The movie is very entertaining and will keep you engaged till the end. You will get goosebumps in the fighting scenes as they are filmed very sharply. Salman Khan played the role of Sultan very well and he also got critics praise for the role. It is an extremely entertaining and a watchable story. It involves immense heart touching emotional drama that makes it a balanced movie.

Ali Abbas Zafar deserves the credit for making such an inspiring story. The strong message that the movie denotes is that never to give up. Overall, Sultan is a must watch and is definitely recommended to all age groups. This movie definitely proves to be one of the best movies of Salman Khan. Excluding the entertainment part, the movie will also boost you up to fight in real life.