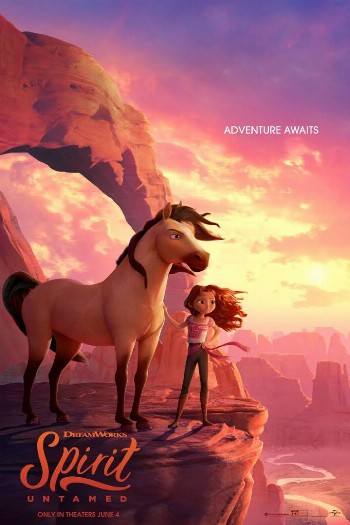 Spirit Untamed is an upcoming American computer-animated adventure film. It is based on the Netflix animated television series Spirit Riding Free, created by Aury Wallington. The story is based on Lucky Prescott (Isabela Merced, Dora and the Lost City of Gold) who never really knew her late mother, Milagro Navarro (Eiza GonzÃ¡lez, Fast & Furious Presents: Hobbs & Shaw), a fearless horse-riding stunt performer from Miradero, a small town on the edge of the wide-open frontier.

Like her mother, Lucky isnâ€™t exactly a fan of rules and restrictions, which has caused her Aunt Cora (Academy AwardÂ® winner Julianne Moore) no small amount of worry. Lucky has grown up in an East Coast city under Coraâ€™s watchful eye, but when Lucky presses her own luck with one too many risky escapades, Cora picks up stakes and moves them both back with Luckyâ€™s father, Jim (OscarÂ® nominee Jake Gyllenhaal), in Miradero.