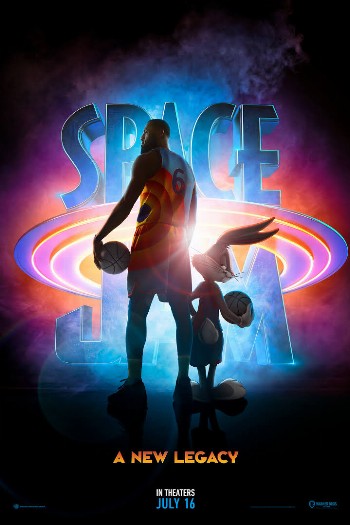 Space Jam: A New Legacy (also known as Space Jam 2) is an upcoming American live-action/animated sports comedy film. Serving as a sequel to Space Jam (1996), it will mark the first theatrically-released film to feature the Looney Tunes characters since Looney Tunes: Back in Action (2003), and like the previous hybrid films, it will be a combination of live-action, traditional hand-drawn 2D animation, and 3D CGI effects.

When basketball champion and global icon LeBron James and his young son Dom (Cedric Joe) â€“ who dreams of being a video game developer â€“ are trapped in a virtual space by a rogue A.I. named Al-G Rhythm (Don Cheadle), LeBron must get them home safe by leading Bugs Bunny, Daffy Duck, Porky Pig, Lola Bunny and the whole gang of notoriously undisciplined Looney Tunes to victory over Al-G's digitized champions on the court, the Goon Squad: a powered-up roster of professional basketball stars as youâ€™ve never seen them before. Itâ€™s Tunes versus Goons in the highest-stakes challenge of his life, that will redefine LeBronâ€™s bond with his son and shine a light on the power of being yourself.