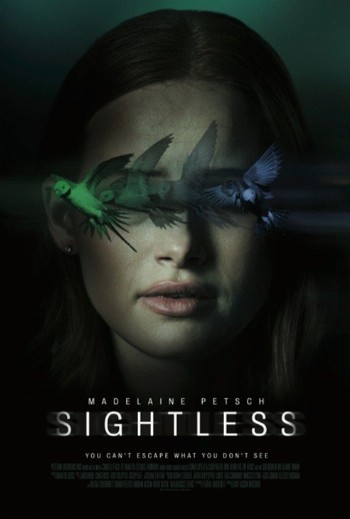 Sightless talks about a young classical violinist Ellen Ashland who was blinded in a violent attack, scared and badly bruised by the attack, mentally and physically. Ellen withdraws herself from the outer world to recover herself in the care of Clayton who tries to normalize her life again. But nothing was getting normal for Ellen as she was becoming more distressed by every passing day and the started getting paranoid and suspicious about all the people around her. She was able to feel that the attacker is nearby and once again he is going to harm her. To know how she discovers in the end who is the attacker and how she saves her life, youâ€™ve got to watch the movie.

Sightless currently streaming on Netflix is a very unpredictable engaging thriller written and directed by Cooper Karl is definitely going to keep you on your toes and will leave you guessing all the way. The story is quite different how Ellen gets Blind and goes for recovery under the care of Clayton. Although, she is still paranoid that the attacker is around her and is still trying to harm her. The movie goes up and down to reveal the attacker and how she gets rid of him and finally gets safe.

The actors were exceptionally good in their skills, Alexander Koch was really smooth but Madeleine Petch proved her calibre with her stand-out performance as a blind girl. A dark-intense, subtle and a crisply written storyline. Watch it with your ears and eyes open with a smartly crafted end.