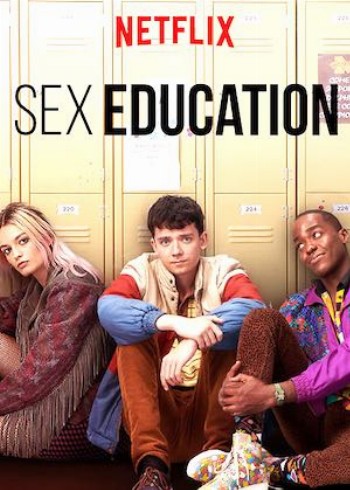 Sex Education is a British comedy-drama television series. The first series follows the story of Otis Milburn, an insecure teenager[4] at Moordale Secondary School who is ambivalent about sex even though, or perhaps because, his mother is a sex therapist who is frank about all aspects of sexuality. After inadvertently assisting the school bully with his sexual performance anxiety, Otis sets up a sex advice business with Maeve, a confident but troubled classmate, to help their fellow students with their sexual problems.

The second series follows Otis who, after finally securing a relationship with Ola, is hit with the reality and pressures of a high school romance. That romance is further tested by the introduction of new students who challenge the status quo at Moordale and a chlamydia outbreak that causes students to question and struggle with topical issues.

Sex Education is so much more than its title suggests, there are raunchy scenes throughout but this show focuses more on how sex affects teenagers socially and psychologically. Its never judgemental about anyone's sexuality or desires and instead insists upon teaching people that its okay to feel the way you do and its okay to be confused and teaches us how to deal with those feelings.

The characters are fantastic and well-rounded, the writers aren't scared to show them as flawed individuals with problems. The plot is great, writers deal with some heavy topics (abortions, sexual assault, leaked nudes, chlamydia outbreak etc) but the writers handle it tastefully and maturely while also being incredibly funny. The show is nostalgic in every sense and many can relate to the various happenings in the show.