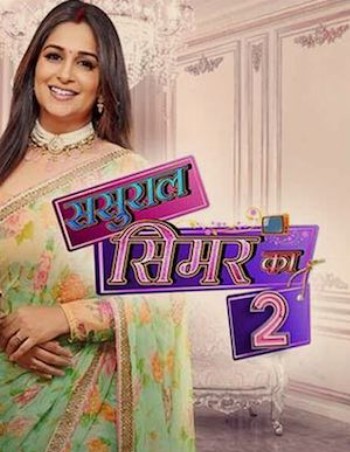 Sasural Simar Ka 2 is a 2021 release Indian television drama series that got released on 26 April 2021 at Colors TV. Based in Agra, the story is revolving around the Narayan sisters, Reema and Simar and Aarav and Vivaan (Oswal Brothers). The lady owner of the Oswal family, Geetanjali Devi Oswal asks Simar Bharadwaj who is the granddaughter-in-law of her sister to search for two best daughters-in-law for the Oswal family, and then there Simar goes by the Narayan Sisters and find them the best.

Sasural Simar Ka 2 got released on April 26, 2021. It is a continuous sequel of Sasural Simar Ka featuring Shoaib Ibrahim and Dipika Kakar. The first part of the show was a super hit among the fans and stretched out for over 2000 episodes. Dipika Kakar will shortly regain her role as Simar Bharadwaj in the part 2.

The characters are very well chosen that will surely going to impress the fans and the viewers a lot. Not only this the whole cast of Sasural Simar Ka (part-2) are also pretty much excited, and apart from this they are expecting a lot regarding the success of the show. And luckily, the part 2 sequel also turned out to be impressive and being liked the viewers and fans.