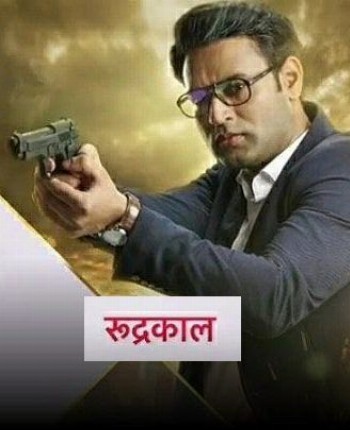 Rudrakaal is an upcoming Indian television series produced by Nitin Vaidyaâ€™s production house Dashami Creations. The story of the show will be based on solving and investigating crime and thrillers. The genre of the story will be revolving around crime-thriller.

Rudrakaal serial is the story of an obedient, loyal, and courageous DCP named Ranjan Chittoda who manages and looks after cases using his intelligence. He will be seen solving the murder case of his mentor and try his best to find the actual culprit. The main lead role of Rudrakal Ranjan Chittoda is played by Bhanu Uday Goswami. Rudra Kaal's female lead role of Gayatri Chittoda will be played by Dipannita Sharma and she will be playing the role of DCP Ranjanâ€™s wife.

Each episode brings a twist & twirl to the viewers. this show is amazing because it is something related to thrillers and suspense and nothing related to saas-bahu Devrani or Bhabiji types. A very interesting show better than all shows on star plus good concept and good storytelling. Brilliant. Fast-paced. Super acting, plot, and direction! One of the best! It is a mix of daily soap crime and police investigation drama full-on entertainment. A great show to watch. Give this a shot, youâ€™ll definitely not have any regrets after watching this.