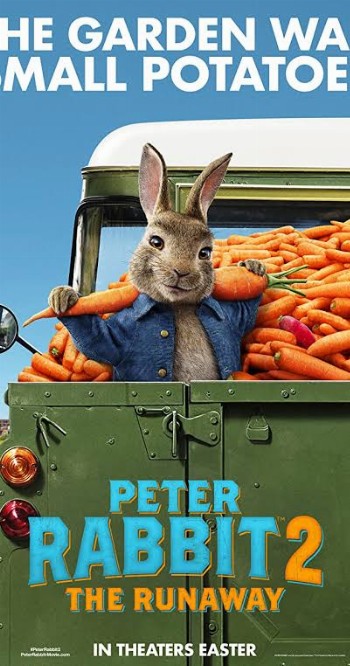 Peter Rabbit 2: The Runaway (also known as Peter Rabbit 2 in other territories) is a 2021 3D live-action/computer-animated comedy film. The film is a sequel to 2018's Peter Rabbit and is based on the stories of Peter Rabbit created by Beatrix Potter.

Bea, Thomas, and the rabbits have created a makeshift family, but despite his best efforts, Peter canâ€™t seem to shake his mischievous reputation. Adventuring out of the garden, Peter finds himself in a world where his mischief is appreciated, but when his family risks everything to come looking for him, Peter must figure out what kind of bunny he wants to be.

FAQs about Peter Rabbit 2: The Runaway