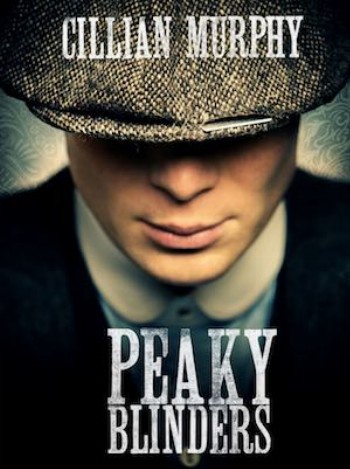 Peaky Blinders is a British period crime drama television series created by Steven Knight. Set in Birmingham, England, the series follows the exploits of the Shelby crime family in the direct aftermath of the First World War. The fictional family is loosely based on a real urban youth gang of the same name, who were active in the city from the 1890s to the early 20th century.

The story revolves around the Peaky Blinders gang and their ambitious and highly cunning boss Tommy Shelby (Cillian Murphy). The gang comes to the attention of Major Chester Campbell (Sam Neill), a Detective Chief Inspector in the Royal Irish Constabulary (RIC) sent over by Winston Churchill from Belfast, where he had been sent to clean up the city of the Irish Republican Army (IRA), Communists, gangs and common criminals.

The series has everything from thrill, to crime, to drama, to sorrow, to opening up your mind, on a whole new level. Peaky Blinders stands out from the other Gangster series, because there is something soothing and peaceful about it. The cinematography is so amazing, it keeps you interested and on the edge, the entire time. It is beautiful because crime and killings is not the only thing, it shows. It also shows top class drama, making it all the more interesting. It's totally a "feel good" series.

It's not one of those series you watch to have a good time, have fun and forget it the next day. It's like you actually connect to the characters and feel what they are feeling. It keeps you in the deep.The story's going to stay with you forever. This series will grab your attention and make yourself indulge and addicted towards it in very short period of time.