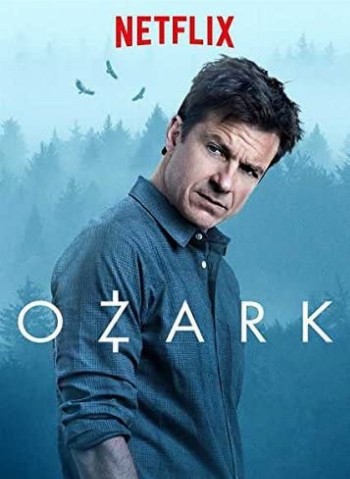 Ozark is an American crime drama streaming television series. The show is fixed in the world of drug-money laundering and takes its name from the Lake of the Ozarks in Missouri. Extremely drenched in dark reality, the money-grabbing story revolves around Marty (Bateman), who is a financial planner, and Wendy Bird (Linney) and their family's sudden relocation from the suburbs of Chicago to a summer resort community in the Missouri Ozarks. Apart from the familiar skyscrapers and trading floors, Ozark takes a tour and portrays capitalism, family dynamics, and survival through the eyes of ordinary Americans.

Ozark resumes following Marty Bryde and his family as they head out for the murky waters of life within a dangerous drug cartel. Excluding Del, the crime syndicate sends their cold-blooded attorney Helen Pierce to town to fix things up just as The Byrdes are finally settling in. Marty and Wendy make attempts to balance their family interests amid the escalating dangers presented by their partnerships with the power-hungry Snells, the cartel, and their new deputy, Ruth Langmore, whose father Cade has been released from prison.

Everything is brilliant. A Must see. Each and every character has acted brilliantly. Marty, Wendy, Ruth, Helen, Buddy, Frank, Darlene, Doug, The Children and all of them. Every character has a story that is brilliantly told. The background of Ozark lake is awesome, the Background score is awesome suits the dark mood perfectly. Top-notch photography. Excellent Drone shots. The show gets better with every season and shows how the main characters affecting by their decisions and live with them. Sometimes, the scenes looked a bit stretched but they get better after.

This thrilling & intense series takes you to the undisclosed territory of the drug mafia where only money matters life has no value until you are loyal & important to the cartel. Netflix has gained supremacy in web series zoner where one can easily measure the quality of content compared to other OTT platforms. The characters grow along with the intricacies of the conflicts and plot, becoming better and better with each episode until you can't look away and catch yourself sitting on the edge of your seat.