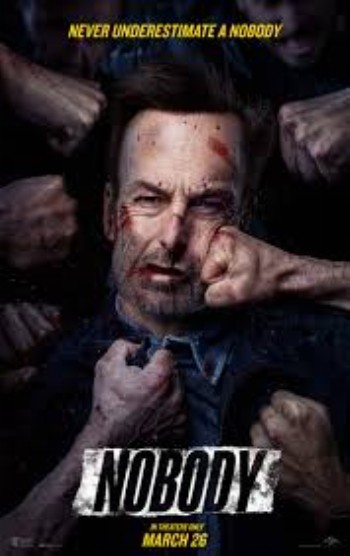 Nobody is a 2021 American action thriller film. The film features Bob Odenkirk, Connie Nielsen, RZA, Aleksei Serebryakov, and Christopher Lloyd, and follows a man who helps a stranger being harassed by a group of men, only to become the target of a vengeful drug lord. Odenkirk and David Leitch are among the film's producers.

Hutch Mansell (Bob Odenkirk) is a seemingly ordinary man; he has two children with his wife Becca (Connie Nielsen), has an unremarkable job as an office worker in his father-in-law Eddie's (Michael Ironside) metal fabrication company, and generally keeps to himself. The tedium of his life is slowly grinding on him, he and his wife have not been intimate in years, and his son Blake has no respect for him as a father. Only his daughter, Sammy, shows him any affection.