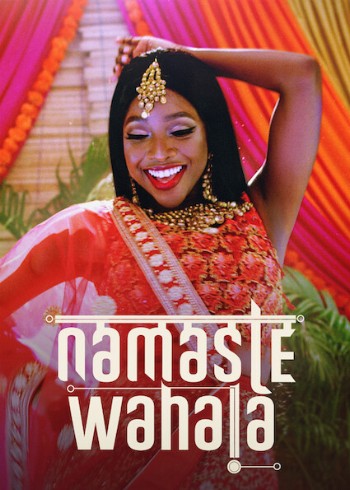 Namaste Wahala is a cross-cultural rom-com where Raj and Didi love each other even though they are from different cultures. It’s a typical bollywood movie where the families of the couple are against each other and don’t want them to get married. Raj’s mother wants an Indian daughter-in-law who knows to cook Indian food and fits in while Didi’s father wants a Nigerian son-in-law who can take care of his family business. Didi takes a stand for a woman who faces abuse from her father’s cient and shows that she’s a good lawyer and proves that she can take care of their family business. Meanwhile, Raj tries to convince her mother after she insults Didi and her mother. Despite all this, will they be able to get married? 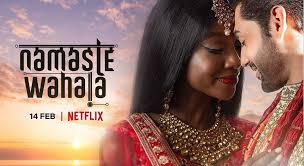 The name of the movie Namaste Wahala means “ Hello Trouble”. Which is right as there were a lot of challenges and they fought together even though everything seems to get messy and the differences in their culture. The movie is average and very boring. There is no chemistry between the two and there are unnecessary Hindi songs added in between. They’ve tried to make a story that people watched in the 2000s and we don’t relate to such movies now. The movie is very stereotypical where the mother wants her son to eat butter chicken and get fat, one song later Didi wants to introduce Raj to her father while her father wants her to marry Ibrahim. Overall, the movie is a cliche and a waste of time. We won’t recommend this movie as it was a headache.