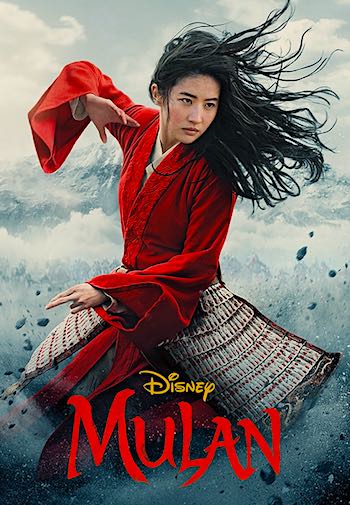 Mulan is a 2020 released story that is based on American action drama by Walt Disney Pictures. The story revolves around a girl who gets camouflaged as a male warrior and later accompanies the regal army carrying out the intention to hold back her father who is sick, from being forced to enlist. It was an act of sacrifice for her father. Liu Yifei has done the portrayal of Mulan.

Mulan is entirely based on live actions carrying out courage and reinvention. It is the classic remake of the Disney cartoon version of Mulan, around 22 years ago. The central theme of the story portrays oriental values of valor, loyalty and truthfulness. Mulan's act was an act of daughterly sacrifice for her father and family, a virtue that is steeped in eastern culture.

This story is one of the best adaptation by Disney from a classic to a live action yet. The movie is a perfect blend of epic action and mesmerizing drama. The cinematography is commendable. The martial arts action scenes are neatly portrayed. You will fall in love with the action scenes of Liu Yifei and the most interesting fact is that most of the scenes she has done on her own.

The film itself is an winner with intense drama and actions. The film score is top notch. Overall this epic scale story portrays the description about being yourself when the world is not ready to accept that. The emotional rollercoaster that has been taken, along with Liu Yifei's Mulan is a staple of this masterpiece. Also, a very amusing portrayal from Gong Li presenting an excellent antagonist of this story.