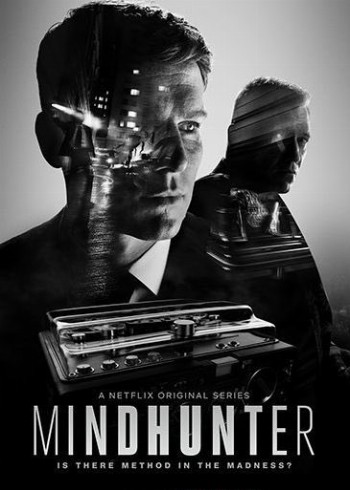 Mindhunter is an American psychological crime thriller television series. The story is based on the 1995 true-crime book Mindhunter: Inside the FBI's Elite Serial Crime Unit written by John E. Douglas and Mark Olshaker. Mindhunter revolves around FBI agents Holden Ford (Jonathan Groff) and Bill Tench (Holt McCallany), along with psychologist Wendy Carr (Anna Torv), who operate the FBI's Behavioral Science Unit within the Training Division at the FBI Academy in Quantico, Virginia. Together, they launched a research project to interview imprisoned serial killers to understand their psychology with the hope of applying this knowledge to solve ongoing cases.

Well this show will blow your mind without any mindblowing twists and turns that we are familiar with. This historically fabricated intense psychological drama thriller will test your capability to handle insanity from the first episode. Meticulous detailing, great writing to dwelve the private space of the people behind these operations as well as relevant social issues, great performances from all the casts make this hell of a show a genius. A masterpiece in its own.

The series basically shows the life of the two FBI agents namely Bill Tench and Holden Ford who are on the mission to interview most lethal criminals who are serving their sentences in order to understand their way of thinking, their motives before committing a crime and try to use that knowledge in their ongoing and future cases.