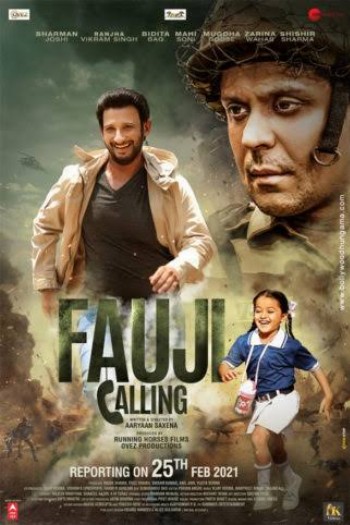 Mera Fauji Calling is a 2021 released Hindi-language film, based on the genre of action drama. The film portrays the narration of a soldier who sacrifices his life in an attack and then the struggle that his family faces after the attack. The story has been inspired by the repercussions of 2019 Pulwama attack, it also tour the various sections of the life of soldiers and the struggle of their families.

The film represents a story of a little girl who loses her father in the war and the way she handles with Post-traumatic stress disorder (PTSD). The film also shows the plight of a soldier's family and the sacrifices they have to make.

Mera Fauji Calling, is one of the most wonderful movie of 2021 as it beautifully shows the love between father and daughter. It is indeed a great movie; it shows the struggle and a life of a Indian soldiers, and how they are dedicated towards their duty.

Bidita grabs the perfect fix as someone who has lost her husband but as a mother has to keep a happy face. Whereas the child artist Mahi Soni holds the movie on her shoulders and leaves an marvellous identification with numerous emotions. Talking about Sharman Joshi, he is indeed one of the most talented actors, and that he has beautifully portrayed as well as proved.