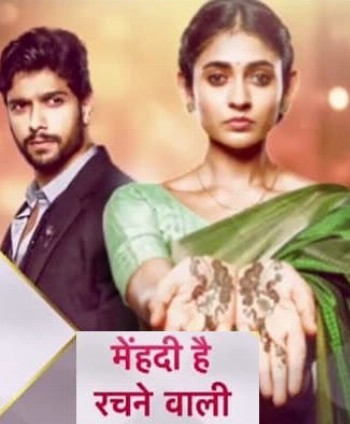 Star Plus is all set with its new show named Mehndi Hai Rachne Wali which will be produced by Sandiip Sikcand and SOL Productions. The story of Mehndi Hai Rachne Waali serial is based on a determined and hardworking girl named Pallavi, who respects and loves her family and due to which she gives up everything in order to complete all their needs. She is very afraid and not ready to get married.

As the story moves forward, Pallavi meets a local goon and from there the story begins. The female role of Pallavi is played by the Shivangi Khedkar. While the male lead role of Raghu is played by Sai Ketan Rao. This show is the remake of Star Maaâ€™s Telugu serial Gorintaku.

Mehndi Hai Rachne Wali started with an interesting turnover. Both the lead actor and actress have actually portrayed themselves very nicely. The complete bunch of castings are really good. All in all, the show holds a great concept, awesome looking characters, attractive sets, perfect background score, brilliant cinematography. The show has proved to be a super-hit show in the initial start. A must watch for everyone.