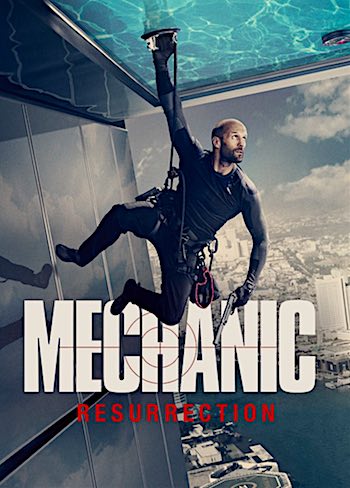 Mechanic Resurrection is a story that is based on American French action thriller of 2016. It is directed by Dennis Gansel. The story depicts the sequel of The Mechanic of 2011 that is also a recreation of the 1972 film. The story revolves around how Gina is being sent to involve Bishop to commit bad things but ultimately fall in love with him. Apart from action scenes the story also focuses on technology.

It features Jason Statham, Jessica Alba, Tommy Lee Jones, Michelle Yeoh, Sam Hazeldine, Rhatha Phongam. The genre involves adventure, mystery, thriller and action. The total run time of this film is 1hr 39mins. The story will take you into its own king of nostalgia. The most important part of the movie is that Jessica being sent to involve Jason to do bad things.

This is a good watch if you like action movies. Excellent performances by all the characters. The story is filled with action, drama. sweet moments, romance and happy ending. However, you might get slightly unimpressed by the set up and the plot as it focuses more on high-tech gadgets and visual effects rather than building up the characters. Overall, the movie will keep you engaged till the end.

If you are looking for a cool action packed movie, then Mechanic Resurrection is the perfect fit for you. It involves unlimited actions that never stops. Jason Statham will once again blew you away with his gritty performance that he has portrayed. The movie also involves great locations that will definitely amaze you. The movie will keep you hooked throughout everything.