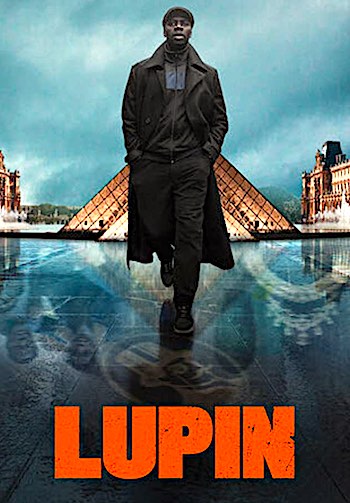 Lupin, is a French show which is based on the adventures of Arsene Lupin. A well-known gentleman and an expert of disguise, Assane Diop sets out to retaliate his father for an unfair treatment by a rich family. The genre is based on crime, mystery, comedy-drama drama. Maurice LeBlanc's opus is the main focus of the show. The show is streaming on Netflix.

It is written by George Kay, Francois Uzan and directed by Marcela Said, Ludovic Bernard, Louis Leterrier. It features Omar Sy, Ludivine Sagnier, Clotilde Hesme, Vincent Londez. It is composed by Mathieu Lamboley. It is mainly based on French language. It is composed by Isabelle Degeorges, Nathan Franck, Martin Jaubert under the banner of Gaumont Television production company.

One of the best mystery shows ever made. The show is drenched with suspenseful endings that are completely unpredictable. The story plots are cleverly intertwined. The battle to fight for the truth will keep you entirely hooked till the end. Overall, it is one of those kind of shows that will make you want for more shows like this. It is highly engrossing and a totally enjoyable action drama with a dash of comedy.

The story is paced well and the flashbacks from the beginning of most of the chapters connect the plot line tightly into a taut narrative. Overall, the show is masterfully crafted. The series is a modern take on and homage to the stories. It has also got some emotional depth and even offers a commentary on race and power. It is really worth a watch.