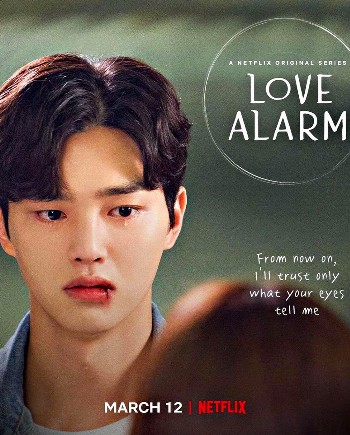 Love Alarm, a korean series whose season 1 was released on Netflix on August 22, 2019 and was loved by the audiences then, is now all set to release its season 2 on 12 march, 2021. Itâ€™s a story that talks about a latest mobile application which notifies you to find your perfect date within the radius of 10 Meter. In the last season, Kim Jojo falls for Hwang Sun-Ho but they end breaking up. So in this season we hope that Kim Jojo will be able to find her true love in Sun Oh or someone else will win her heart. 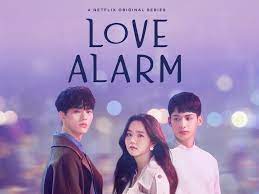 The season 2 picks up from where it was left. The three of them meet again where there's so much hype about the Love Alarm 2.0 that now instead of saying I love you, they show their love alarm. Although, Kim is still using he shield to hide her feelings which Sun-Oh gets to know about later and wants to get back with her again. Hye Yeong takes his chances and makes Kim fall for her. She wants to show her feelings to Hye Yeong so she tries to remove the shield to make him feel secure but the truth comes out. The Love triangle gets quite complicated but turns out Hye Yeong and Kim Jojo end up together happily and Sun-Oh gives love another chance. The drama is too cute too watch as you'll feel so much emotions. Although, it was quite slow compared to the season 1. I felt that the season 2 couldn't match the level of romance in the season 1. Ultimately, it's a one time watch drama and you'll definitely binge watch it in one go!