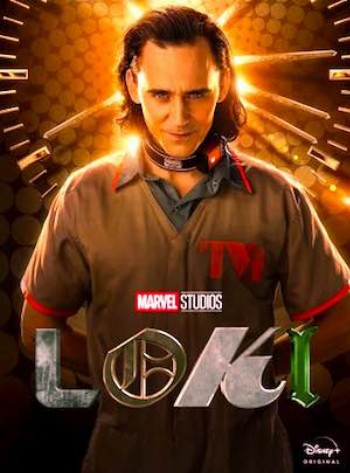 The Avenger's mischievous character has stepped out from his image to the new platform. Loki series is being premiered on Disney plus Hotstar, from June 9, 2021. The famous character of marvel after escaping from the hand of avengers is now making the move to remove the demented deity from everyone's lives by destroying the deity's existence. The show has many ups and downs and a keen eagerness to see what will be the next step for Loki.

Director Kate Herron has given the assurance to fans that they will be seeing some amazing visual and graphics work as expected from Marvelâ€™s House, The actors have been prepared themselves for the characters on the large scale and have worked very hard. So it will be a treat to see some old and new characters of Marvel on the show. The superhero action won't disappoint the fans and will give them the treat of vision on this show.

Loki is the show which show us the charms and charcasmatic side of the Mischievous God Loki. The series open with the time where Loki escapes from the Avengers with the time stone, The show story Starts from there, The Loki is in the Gobi Desert Mangolia trying to work on something, Some officers comes from another rportal to arrest him they call themselves as TVA Agents( Time Variance Authority) there are also so called custodians of chronology in the MCU.

They reacted in the show when there is a chunk of history is deleted from the Timeline, and it is done by none other than Loki. By doing this he has destroyed the established time chronicles and it affected badly to the people. So TVA agents are behind him to arrest him and give him a punishment, From the pilot episode itself, we can say that it will be a fun treat to watch the show with great acting performances, directions, actions, and of course benchmarked Marvel Visualizations.