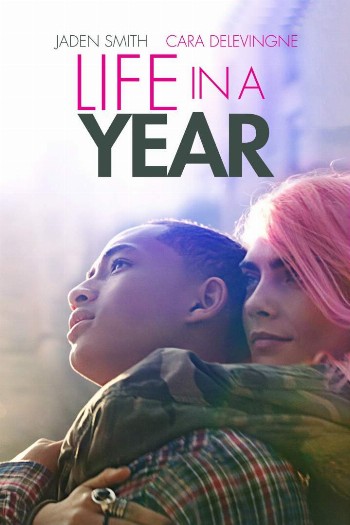 Life in a Year is a 2020 American based romantic drama genre.The story is based on 17 year old teenager who gets to know that his girlfriend is dying of cancer. Life in a Year managed to capture the sorrowful reality of cancer- while not romanticizing the sickness itself. The movie is based on an very emotional plot.

Daryn aka Jaden Smith is a high school track star with ambitions for Harvard. Or rather, his father Xavier aka Cuba Gooding Jr. has a plan for him. When Daryn meets Isabelle aka Cara Delevingne, she denied to make any plans for the future and questions the future that Daryn has planned.

Life in a Year Release Date

Life in a Year Cast

The movie starts off like a cliche, somewhat similar to Fault in our Stars, but this movie is awesome, driven mainly by great performances from the two leading stars. The story line and the interpretation of it by both Jaden and Cara was magnificent. The movie is framed in such a way where you can learn the power of love, loyalty, dedication, sacrifice, and the pursuance of your dreams regardless of what people or the world think. Great story line and great message.

FAQs about Life in a Year