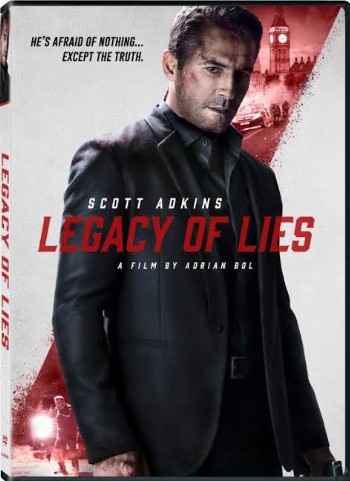 The story revolves around an ex-MI6 agent is thrown back into the world of espionage and high stakes to uncover the shocking truth about operations conducted by unknown secret services.

The film looks great. It looks bigger than its budget suggest thanks to Bolâ€™s sure hand and some gorgeous photography from Simon Rowling. It looks every inch the spy film evoking Tinker Tailor Soldier Spy and Mission: Impossible, backed up by a nice score from Arkadiusz Reikowski. Importantly too, as this is an Adkins starrer, the action is good. One would imagine Adkins had an element of power over the fight sequences, and bringing in Tim Man to choreograph (theyâ€™ve worked together a number of times) proves a shrewd touch. On that front, it certainly didnâ€™t disappoint. The plot is simple, opting for a good old fashioned McGuffin among all the duplicitous characters you normally get in an espionage thriller.

FAQs about Legacy of Lies