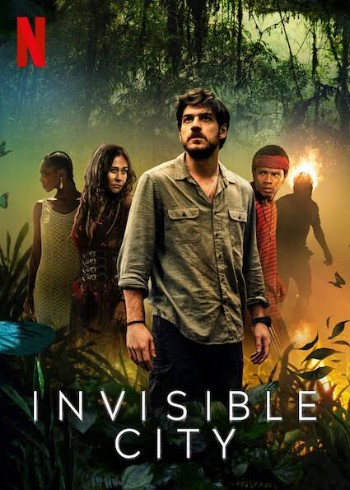 Invisible city is based on a story co-developed by the screenwriters and best-selling authors Raphael Draccon and Carolina MunhÃ³z.

The plot of the story is based on how after getting a lifeless freshwater pink dolphin on a beach, detective Eric aka Marco Pigossi of the Environmental Police participates in a murder investigation, and gets to know about an unusual world that is inhabited by mythical beings, that is commonly undiscovered by the humans.

Hence, with this as he starts his investigations over some mysterious deaths, that reflects the death of his own wife, Gabriela aka Julia Konrad, it showed him a way to reach for a group of entities, consumed with some unusual magical powers. He eventually learns that he himself is a half-entity, and the river dolphin spirit Manaus aka Victor Sparapane, whom he found dead as the story began, was his father.

Invisible City, is highly recommended to everyone, especially those who are thriller lovers. The plot of the story is extremely fascinating and interesting, and without any doubt youâ€™ll definitely get amazed. The setting of the show is simply mind blowing.

The casting, acting and directing are of the highest standard. A very good entry into Brazilian mysticism and folk lores. Its something different worth to watch. All episodes in one binge. Beautifully done, enchanting!