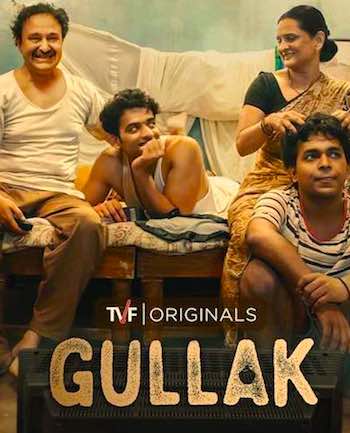 Viral Fever's latest web series, Gullak is a story that is centered on a nastily arguable family in a small town in North India. As per the name of the show suggests, the show does not focus on guns, fights, terrorism or any other rivalry theme, it is rather based on humor and fun. The story is directed by Amrit Raj Gupta and written by Nikhil Vijay Motghare.

Gullak is not a story that has been briefly portrayed, but it is series of events that connects each other. The show stretches out having contrasting happenings in the life of the Mishra family. The story casts Geetanjali Kulkarni aka Shanti(playing the role of a mother), Jameel Khan aka Santosh(playing the role of Shanti's husband), Vaibhav Raj Gupta aka Annu(playing the role of older son), Harsh Mayar aka Aman.

Gullak will make you laugh. Without any doubt Gullak is a show that is jam-packed with lots of laughter, sarcasm, and full of emotions. The show is entirely based on a nostalgic concept. While watching this show, you will know about yourself. The best part of the story is that it does not involve any conflicts that will entangle your interest or views towards this show.

All the episodes of GULLAK are streaming on SonyLIV. The director has done a great job when it comes to balancing the emotions that are indulged in the show. Overall, this is great show that you will definitely enjoy. The detailing has been done wonderfully, and the chemistry shared between the characters are beautiful and detailed.