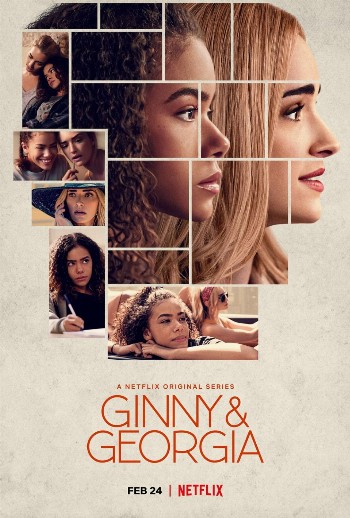 Ginny and Georgia is a story that revolves around a 15-year old girl Ginny Miller, who portrays herself to be more thoughtful and intellectual than her mother, who is 30 years old - Georgia Miller. Due to some happenings that took place in their life, Georgia has made up her mind to stay in New York Town along-with her daughter Ginny and son Austin, in order to give them a proper and balanced life that she herself had never experienced.

The series is based on Georgia's efforts to nourish the family with a fresh start in picturesque New England. However, the new home doesn't come without some of Georgia's past re-emerging.

In this show, there are many plot scenes, talks, many sequences where you can relate yourself. The characters in the show, have beautifully presented themselves. Ginny & Georgia season 1 naturally expands with each episode passing until it reaches a point where there is completely pure drama. But the best part about the story is that while you are watching the show, it will idly pass your time. This may be a darker version of another concept, but it still works in its dialogue-filled approach.

Brianne Howey and Antonia Gentry must be highly appreciated for portraying the mother/daughter relationship so perfectly. Theyâ€™ve keenly displayed their characters and tried their best to bring a likeness with each other.

As the story moves forward, it reveals many twists. Georgia has an audacious, broken-home past.

FAQs about Ginny and Georgia