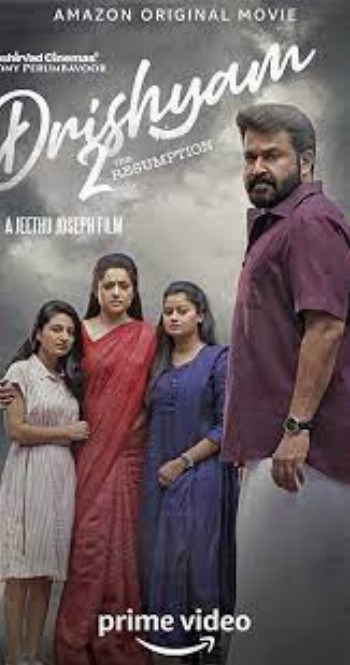 The movie begins with a runaway convict Jose who takes shelter in the under construction police station and unfortunately saw Georgekutty hiding varuns body but Jose was caught by the police later. After six years passed by, the whole scenario has changed. Georgekutty has now become a rich and wealthy person, owner of a film theatre and has a dream to produce a movie apart from obligations from his family. But his daughter Anju is still not able to overcome the fear of the tragedy and was suffering from fits of epilepsy. Her mother Rani was really getting stressed on Anjuâ€™s condition and the only person she trusted was her neighbour Saritha with whom she shared the dark secret of her family. The police was still facing humiliation as they were still not able to find the real truth behind the murder of varun.And soon under the newly appointed I.G Thomas Bastin, the case was again going to be reinvestigated.In a bid to find the truth they started spying on Georgekuttyâ€™s family. Meanwhile Jose has been realesed from the prison and soon informs them of the truth of that night to Varun's parents Geetha and Prabhakar.And on the given information police was able to find Varun's body underneath. So Georgekutty will be caught now or will he be able to save his family from the hands of law once again. 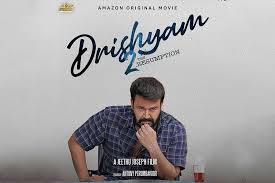 Drishyam-2 is a 2021 Indian Malayalam language drama thriller film written and directed by Jeethu Ghosh and produced by Antony Perumbavoor. It is a sequel to the 2013 film Drishyam, which was able to make a mark among the audience at that time. The film continued with its origanal star cast starring Mohanlal, Meena,Ansiba Hassan and Esther Anil.

After the super duper hit of Drishyam, it must have been really very hard for the director Jeetu Joseph, to fulfill the expectation without falling its reputation and we must admit that he has really succeeded in doing it in a fabulous way. The moment everybody thinks that everything is going to fall off very soon but boom an interesting twist holds you tight once again. With such a powerful performance and a gripping story this sequel is really going to impress and entertain you in an interesting way. A very well written and very well crafted movie, ready to swipe your feet off the ground .

FAQs about Drishyam-2 : The Resumption