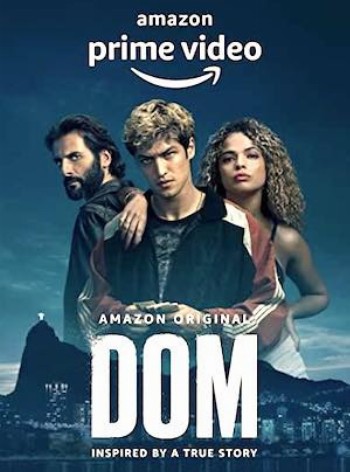 DOM is Amazon primeâ€™s first-ever Brazilian series, it is in the Portuguese language, a drama, and crime-based series. The series shows the struggle between a father and son relation. The father has dedicated his entire life to the policemen's job and fight against the drug crime in the country, Where his son is been struggling with drug addiction and is part of the drug supplier gang. When the father comes to know about it there a constant clash going on between them, the involvement of policemen after the dealer and the chase are the most key factors of the plot.

The character development and dept between a father and son bit other than that the story is predictable most of the times. The chase the conflict has been shown brilliantly in the story but no extraordinary storyline or subplot is going on. The story is in one direction around these two main characters and their surrounding issues with each other and the environment. The main leads get good support in the movie from their friends and colleges to help out themselves and later some emotions developed into great friendship and understanding for each other. The story and plot are simple, yet fun to watch the series.