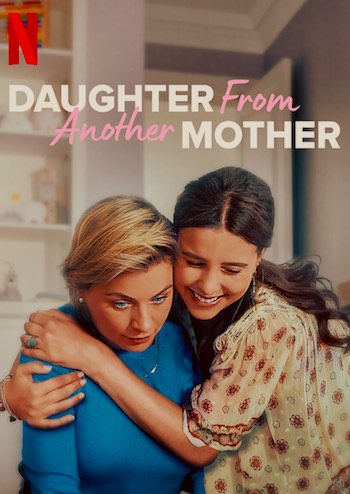 Daughter from Another Mother (2021)

Daughter from is another mother, a Mexican show on Netflix is an unique comedy-Drama series moving around the lives of two mothers whose babies were accidentally exchanged during the birth. And the real twists and turns begin after this, which is really gonna take you on a funny, emotional, and sentimental joy ride. Ana and student Mariana were supposed to give birth but accidentally their babies were swapped. And unknowingly they moved on with their new responsibilities as a loving mother. Four months later they came to know about the mistake, but rather than correcting the mistake they decided to stay together as one big family as they had developed a deep bond with the babies. It was really interesting and funny to see two radically different mothers with different values, status, and different opinions on the upbringing of the children bonding with each other and standing strong with lots of ups and downs and complications.

Daughter from Another Mother Release Date

Daughter from Another Mother Cast

The show's real strength is its relatively realistic approach towards the feelings of two different families. They definitely are a mismatched family that works very well together. The dynamic lead carries the series very well. A very funny, oddly tender, and moving exploration of love, grief, and forgiveness and an ideal sitcom for the whole family.

FAQs about Daughter from Another Mother