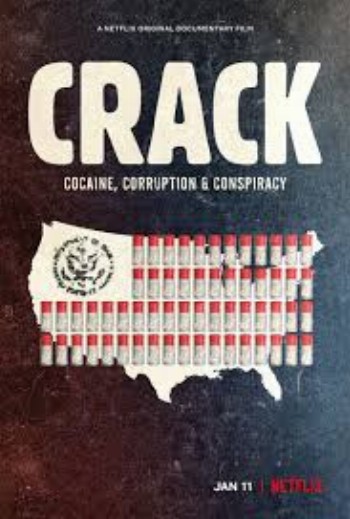 Shown in eight episodes, it traces the victims of crack with an approach to bust myths. Itâ€™s a collection of archival footage, interviews, hip-hop music influenced by the crack era over a decade. It starts with showing the rise of cocaine powder which was an expensive drug that was present wherever there was glamour, power and money! As demand and supply increased, it became very cheap. Around 1984, it was easily available in the inner cities, working class communities as well in the form of a crack rock which was indeed stronger than cocaine in the form of powder. 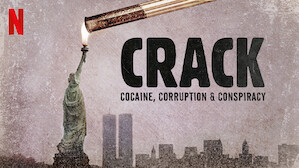 A new netflix documentary Crack: Cocaine, Corruption & Conspiracy is directed by Stanley Nelson based on the crack epidemic in the 1980s and how the black were harmed by the government.

Itâ€™s a collection of archival footage, interviews, hip-hop music influenced by the crack era over a decade whose major cause was that the sale of crack was not policed in the black community. In one of the interviews Corey Pegues said when he was caught by the police with lots of crack, instead of sending him to jail, police let him go as they were on the dealerâ€™s payroll. Instead of preventing the spread of cocaine, they signed contracts with drug dealing groups. In 1983, the Anti-Drug Abuse Act and in 1994 the Crime Bill started and the prison exploded.

In the end Nelson says that the crack epidemic and todayâ€™s Black Lives Matter protests are on the same page where black people are incorrectly policed. Itâ€™s a very informative documentary with good story-telling that will keep you engaged.