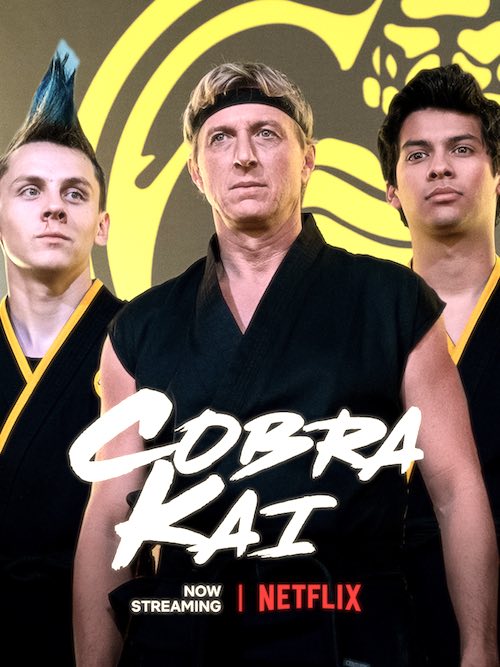 Cobra Kai is a American based story on martial arts. It is based on the television series The Karate Kid, composed by Robert Mark Kamen. Apart from comedy, action and drama, there are some darker themes that are attached to the show. The show has bunch of different generations. The characters of this show have relatable struggles, fears and desires.

It is based on the genre of action drama, comprising of 3 seasons. The show is streaming on Netflix. Apart from these, the show has been nominated in the Primetime Creative Arts Emmy Awards for outstanding stunt coordination for a comedy series or Variety Program.

The seasons of cobra kai are too good to watch if you like fighting shows. It is one of those amazing and must-watch shows that are recommended to everyone. The show has the perfect blend of action, comedy and drama and great relationships that are formed. The framework that it uses is extremely noteworthy and cannot be ignored. After giving this a watch you will definitely feel like meeting an old friend after a long time.

Undoubtedly, the show is a all time favorite show and successfully proved to be a big hit. The show is truly a masterpiece of its own. The best part of Cobra Kai are the amazing and unique bunch of characters. There are past stories, rivalries and much more interesting stuffs. Overall Cobra Kai is an amazing and one of the most top-notch show that is highly recommended.