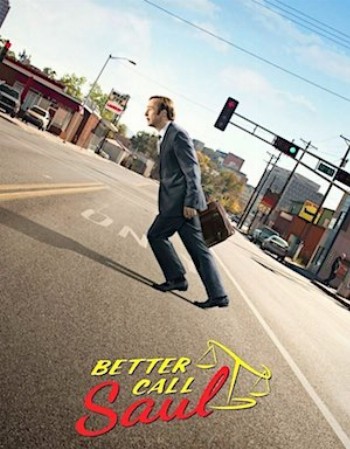 Better Call Saul is an American crime drama television series. It is both a spin-off and a prequel of Gilligan's previous series, Breaking Bad. Set in the early to mid-2000s in Albuquerque, New Mexico, the series develops Jimmy McGill (Bob Odenkirk), an earnest lawyer and former con-man, into a greedy criminal defense attorney known as Saul Goodman. Also shown is the moral decline of retired police officer Mike Ehrmantraut (Jonathan Banks), who becomes closely affiliated with the Juarez drug cartel to support his daughter-in-law and her daughter after his son is killed.

At the start of the series, Jimmy works as a public defender. Struggling financially, he lives in the back room of a nail salon which doubles as an office. His romantic interest and former colleague, Kim Wexler (Rhea Seehorn), is an attorney at Hamlin, Hamlin & McGill (HHM), a law firm co-owned by Jimmy's brilliant but unwell brother, Chuck McGill (Michael McKean) and proud associate, Howard Hamlin (Patrick Fabian). After hiring Jimmy as legal representation, Mike provides advice and security for Nacho Varga (Michael Mando), an intelligent drug dealer who later becomes an informant for Gus Fring (Giancarlo Esposito), a drug lord and legitimate businessman. Their operations are disrupted by members of the violent Salamanca family, including Lalo Salamanca (Tony Dalton). Odenkirk, Banks, and Esposito reprise their roles from Breaking Bad, as do many others who make guest appearances.

The main draw of Better Call Saul is character development. Watch this show if you like complex characters whose decisions are all artfully depicted and thoroughly, thrillingly foreshadowed, even when those decisions goes in vain, and have you screaming at your TV. This show is a masterpiece, a marvel of storytelling. Every performance is top notch. The character development is subtle but genius. The plot only ever gets more and more interesting, there is never a dull moment, everything that happens has some significance, if not obvious at first. The relationships are so well written, like Saul and Kim, Saul and Chuck, etc, they achieve so remarkably well what they set out to d. This show, while a prequel to Breaking Bad, is incredible due to its own merits, and even argue that Breaking Bad is the sequel, and Better Call Saul, was the original, it's that good.

This show is phenomenal! It masterfully alternates between bittersweet and dark themes. Character development seems natural, and the attention to both psychological and environmental detail is astonishing. The directing is top-notch, and the plot is as complex as it could be, while still bearable. The actors are brilliant, and their performance really pulls you into this fictional world. This show has made me laugh, full of joy, and lament over a character's actions in the same episode. It truly lives up to its predecessor, earning itself a place among the best TV shows of all time.