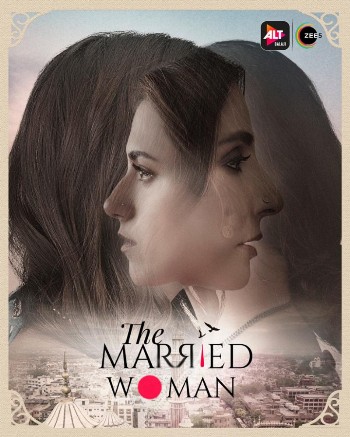 The story of, â€˜A Married Womanâ€™, which is written by Manju Kapur, revolves around a married woman, Astha, a middle-class Delhi woman with kids and a loving husband, who gets into an eccentric relationship with a younger woman. Monica and Ridhi will be representing the role of a lesbian couple The series also features Suhaas Ahuja, Rahul Vohra, Ayesha Raza, Divya Seth, Imaad Shah, and Samridhi Dewan.

The story is set at a time of political and religious chaos. The book is set against the backdrop of the Babri Masjid's demolition in 1992.

The Married Woman was released on International Womenâ€™s day and is about a woman, Astha Karla who has a nice life with her husband, kids and his parents. Her life changes completely when she meets Peeplika. The acting of all the cast is really great and displays the plot really beautifully. It's the acting from each and every cast member that really elevates. Astha's character has depth and sensuality. The Married Woman showcases great plot and screenplay. Although, the episodes are very stretched, the story develops quite slowly..The last few episodes are better as there is so much emotions when Peeplika asks Astha to chose between her or her family. We need to stop relating a woman's freedom and independence with alcohol and sex. Overall, i's an average show and a one time watch.

FAQs about A Married Woman