Wonder Woman 1984: The sequel is ready to be available globally

Wonder woman 1984 releases on December 25, 2020. The film brings back Gal Gadot as the titular superheroine as well as director Patty Jenkins. Wonder Woman 1984 will open in theatres and also stream on HBO Max no longer offers a free one week trial, so either way, viewers will have to pay for the wonder. The first Wonder Woman film was in 2017, behind only star wars.

Wonder woman squares off against Maxwell Lord and the Cheetah, a villainess who possesses superhuman strength and ability. The two main villains are cheetah, a friend of wonder woman who covets her power and turns evil, and Max lord, a businessman who promises consumers to grant their every wish but at a cost. And when Wonder woman long lost love shows up out of nowhere, rocking a tracksuit, audiences are left wondering what will be next?

Wonder woman 1984 will be the DC superhero movie to drop on 25 December. Gal Gadot is returning as Diana (wonder woman), she faces off against two potential villains. One max Lord is played by Pedro Pascal, but the main villain is Babara Minerva(Cheetah) played by Kristing Wlig. She does not appear much in the trailer, but when she does, she seems to be flexing her comedic muscles rather than challenging traditional supervillain evilness during her exchange with Diana.

Wonder woman is the standalone sequel to 2017 Wonder woman, and the fourth film in total to feature the Amazonian warrior princess, Diana prince. It is also the eighth film in the wider DC comics.

Patty Jenkins, who is directing the film, her return was almost a given after the success she made of the first Wonder woman. This sequel based on Wonder Woman by William Moulton Martson. 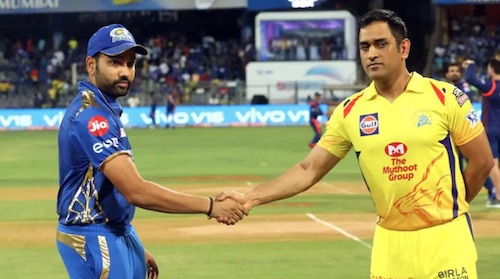 IPL 2020 first match to be played between MI and CSK