Elizabeth Olsen has provided some of the clues that take us to the point that is related to cameo roles in the Marvel series. During a recent interview, WandaVision star Elizabeth Olsen teased that weâ€™re about to see a Mandalorian-level cameo happen in the Marvel series. Without fully spoiling the cameo she was referencing, it was a fan favorite from the Star Wars franchise who emerged in Mandoâ€™s Season 2 finale.

It has already been revealed that WandaVision will be star-casting some renowned faces and as per one of the recent reports, it has been brought to the notice that Evan Peters was probably to make his entry in the Marvel Cinematic Universe though it was still not known that whether the actor would be portraying the X-Men version of Pietro Maximoff/Quicksilver or not.

Olsenâ€™s WandaVision co-star Paul Bettany mentioned, â€œI work with this actor that Iâ€™ve always wanted to work with and we have fireworks together, the scenes are great and I think people are going to be really excited,â€ Bettany told the Lights Camera Barstool podcast. â€œIâ€™ve always wanted to work with this guy and the scenes are pretty intense.â€ Bettany also acknowledged some surprises from WandaVision had already leaked, but that the series was building up to a massive finale. â€œThere were more special effects requirements for our TV show than there were for Endgame.â€

WandaVision creator Jac Schaeffer wasnâ€™t keen to expose that who either Bettany or Olsen were referring to, but confirmed that â€œthere are so many surprises left in storeâ€ and that fans should settle in â€œbecause thereâ€™s more coming.â€ 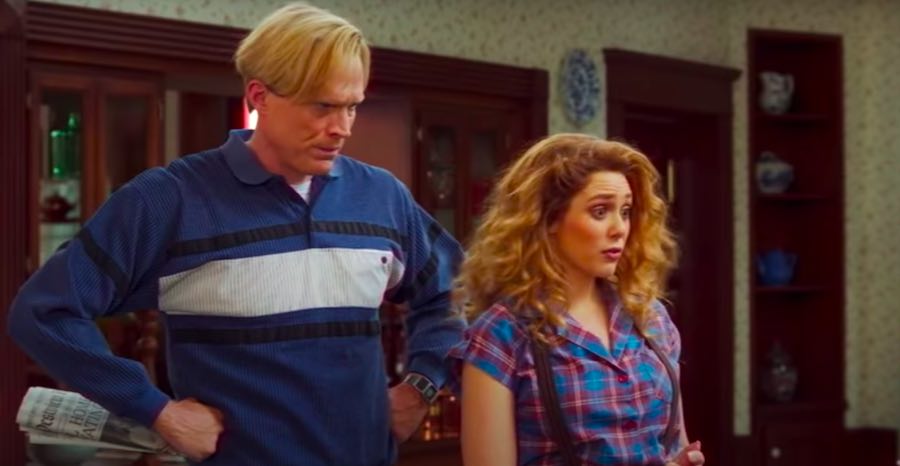 WandaVisionâ€™s first two episodes have been finally released on Disney+. Those episodes have driven the viewers along the MCU tour and without any doubt, it wouldnâ€™t be settling without some influence from Mr. Stark aka Iron Man. Although Robert Downey Jr. does not deliver his role in any capacity in these two episodes, his persuasion is definitely felt in a very strange way that you can't miss halfway through the first episode. It's an out of the blue reference that will likely amaze many Marvel fans, especially given the context in the '50s-inspired sitcom episode.

This looks like a not-so-subtle nod to one of the series leads, as Vision himself was made with a lot of influence and work from Tony Stark. Sure, Ultron and Bruce Banner (and the Mind Stone) played some major roles in Vision's birth, but the AI and much of the Stark Industries tech set the stage. Many sci-fi shows, especially Battlestar Galactica, refer to cyborg/robotic entities as "toasters" in a derogatory sense, so this could be playing off that notion.

Marvel Studios boss Kevin Feige already teased that fans can expect some surprises in WandaVision "Commercials was an early idea for that," said Feige. "If this is the very first Marvel, MCU thing you're watching, it's just a strange version of a 50s commercial or 60s commercial. If you have been watching all those movies, you might be able to start connecting what all those things mean from the past."

Previous ArticleTeams description of Indian Pro Music League that will compete with each otherNext ArticleNamaste Wahala: All you need to know about this movie releasing this Valentineâ€™s day
Download Joyadda Mobile App
Get latest updates for web series/movies released on OTT platforms like Netflix, Hotstar, Zee5, SonyLiv and the launching for any new games