The action pack Sci-fi Venom is making a huge come-back. â€œVenom: Let There Be Carnageâ€ is the name of the newly releasing venom movie. The movie will be released on September 24, 2021, Finally, after waiting for two years the makers have finally given the official date. The fans were waiting for the movie since 2018 when its first part was released, and it was rumored that the second part of the movie will be released in 2020 but it kept delaying but now finally makers have given the eagerly waiting fans a gift in a form of released date.

The audience has a high expectations from the movie, The trailer was embellished with amazing CGI work, the movie stars Tom Hardy as Eddie Brock AKA Venom. The character of Venom is not Heroic yet much loved and appreciated by Marvel fans like any other superhero which makes its character and film even more special. Tom Hardy is seen in a love interest with Anne Weying, alongside other actors like Woody Harrelson. The movie is directed by Andy Serkis one of the famous directors for its larger-than-life direction in the movies like â€œKing Kingâ€, â€œ Lord of the Ringsâ€ and more.

The motion pictures and graphics are the most highlighted key factors of the movie Venom 2: Let There Be Carnage, IT is said that Tom Hardy has to completely blend himself with the technology and CGI works to play the character of Venom. The fans expect a lot from such a big and reputed production house, Specially all the cinematography. The team of Venom 2 includes the great screenwriter Kelly Marcel and Oscar-winning cinematographer Robert Richardson. Gathering such a powerful team of directors, actors, screenwriters, cinematographers, and great Motion pictures makes the viewers thrilled to see the movieâ€™s action and CGI work.

Venom 2: Let There Be Carnage has surely taken over the internet since its release date announcement and fans are anticipating waiting for its release on September 24. The audience believes that this movie will be full of Action, Thriller, and Science Fiction, Critics also addressed that Venom 2 won't disappoint its fans.

Tags
Previous ArticleRay: Manoj Bajpayee and Kay Kay Menon starrer is coming to Netflix on 25 JuneNext ArticleAnother Round Movie: Mads Mikkelsen starrer and Oscar winner is a must watch 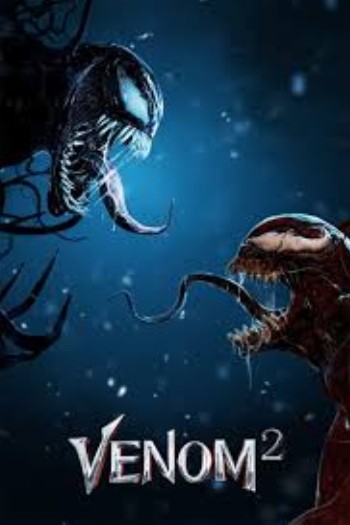 FAQs about Venom: Let there be Carnage