The official trailer of To all the boys: Always and Forever is out now. Finally, the Lara Jean Covey(Lana Condor) and Peter Kavinsky(Noah Centineo) love story will be completed. The movie is ready to hit Netflix on 12th February, a year-long wait is almost over and we canâ€™t wait to watch their chemistry again. This is the final chapter of the rom-com Trilogy after To all the boys Iâ€™ve loved before 2018 and To all the boys: P.S. I Love You 2020. The trailer looks quite promising and more dramatic as theyâ€™re close to graduation.

Recalling what happened in this Trilogy so far!

To all the boys Iâ€™ve loved before revolved around Lara Jean and her five major crushes to whom she wrote letters, but never sent them. Fortunately, her younger sister kitty finds them and sends it to each one of them, hoping sheâ€™ll start dating one of them. It gets chaotic when one of the letters is sent to her older sisterâ€™s ex-boyfriend, Josh, and to make sure he thinks sheâ€™s not in love with him, Lara Jean kisses Peter Kavinsky, which also is one of her crushes to whom she wrote a letter to. Peter just broke up with Gen, who used to be Lara Jeanâ€™s best friend and he wants to make her jealous. So, Peter comes up with an idea to pretend that they are dating so that Gen will want to get together with Peter, and Lara Jeanâ€™s letter recipients will get convinced that sheâ€™s not interested. The fake dating turns out to be really falling in love as they spend time together and itâ€™s too cute to watch. 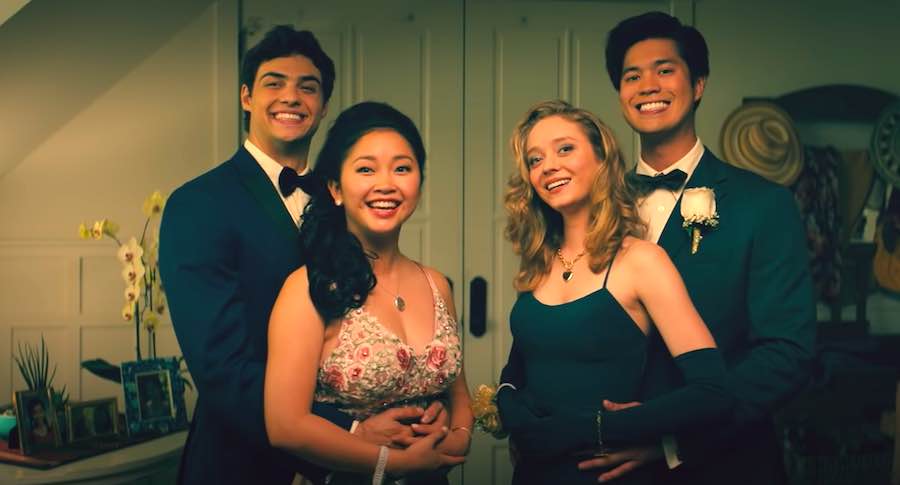 To all the boys: P.S. I Love You picks up with Lara Jean and Peter Kavinsky on their first official date. The entry of John Ambrose, one of the recipients of Lara Jeanâ€™s letters creates conflicts between them as Peter gets jealous and they have an argument but still continue to be together. Later, they break up when Chris, Lara Jeanâ€™s best friend reveals a photo of peter and Gen getting extra close. Then she kisses John Ambrose who wants to be with her. This kiss clears out all the confusion of what a magical kiss should be like and Lara Jean realizes that her heart is with Peter. That is when Peter comes to her and they profess love for each other and itâ€™s like a fairytale.

What will happen in the Final Chapter?

To all the boys: Always and Forever trailer reveals a lot about whatâ€™s going to happen in the movie. It starts with Lara Jean and her sisters going on a trip to Korea on a vacation. Later, Peter Kavinsky and Lara Jean start applying for college and deciding their future plans. Theyâ€™re planning to go to Stanford together but Lara Jean doesnâ€™t get in and then she thinks of going to a college in New York when she visits there on a class trip which is far away from Peterâ€™s college in California. The couple will struggle with their feelings for each other, their future, and the fear of making the wrong decision. Will they break up, get into a long-distance relationship, or go to the same university? We are curious to find out what happens! Donâ€™t forget to watch To all the boys: Alway and Forever releasing on Netflix on 12th February to feel the romance and drama.

Watch Trailer
Previous ArticleZeeplex dropped action movie The power on its platform starring Vidyut JamwalNext ArticleWandaVision: What we got from episodes 1 & 2 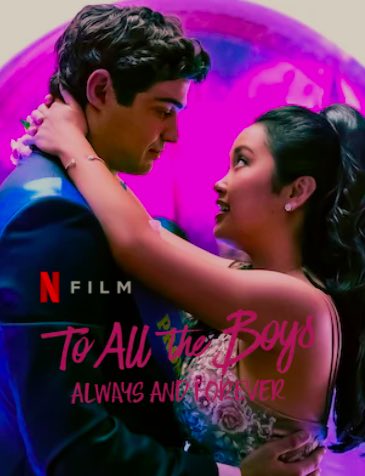 To All the Boys: Always and Forever's review, cast, rating and watch links

FAQs about To All the Boys: Always and Forever