The Queenâ€™s Gambit is based on the book by American novelist Walter Tevis and written and directed by Scott Frank. The show revolves around the tragic life of Elizabeth Harmon (Anya Taylor-Joy). Bethâ€™s mother Alice was a single mother, who was taking care of Beth single-handedly. So when she was unable to take care of Beth alone she went out to Bethâ€™s father Paul for taking care of her. But Paul refused to take responsibility for Beth as he had moved on and was happily married to his new wife and a young son. Hurt by the denial by Paul, Alice tried to kill them both in the crash. But fortunately, Beth survived the accident. After the sudden demise of her mother in the tragic car accident, Beth was left in an orphanage at the very tender age of nine. 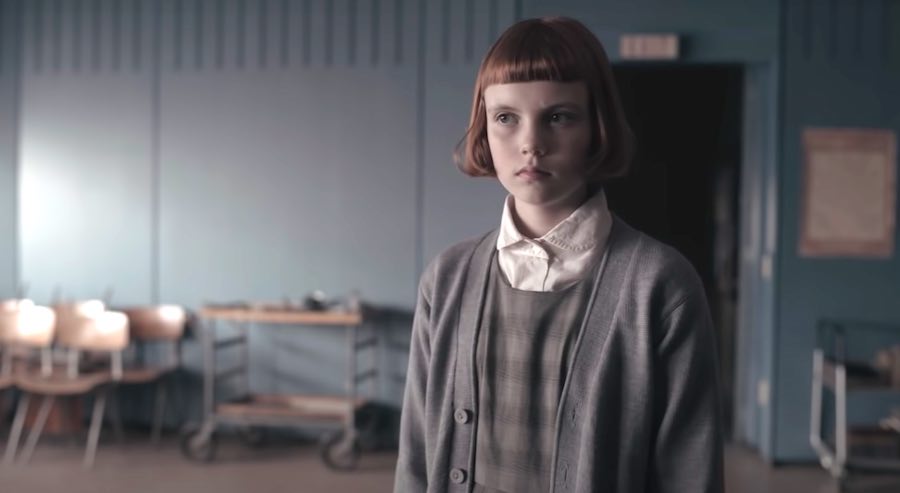 At the orphanage, the Methuen Home Kids were given Tranquilizers pills, and before Beth was able to understand anything she became addicted to those pills. Once again Beth tried to restart her new life. She found solace in her new friend Jolene and also her passion for chess. Fortunately, then one day Beth was sent to the basement by a teacher to clean the school erasers. In the basement, she saw Mr. Shaibel (Bill Camp) playing chess by himself. And it was like love at first sight, Beth was completely mesmerized by the game. She tried to persuade Shaibel to teach her the game and after a lot of denials, Shaibel agreed to teach Beth. He started grooming her and teaching her the best strategies of the game. Shaibel was astonished by her gaming skill and so one day he invited Mr. Ganz (head of the local chess club) to watch Bethâ€™s game. Mr. Ganz was highly impressed by Bethâ€™s gaming skill after Beth altogether defeated Shaibel and Ganz in the game. So, he took permission from Deardorff and invited Beth to the high school chess club to play with all the twelve members at once. But before the match, the orphanage was reported for violating state law by giving tranquilizers pills to the kids. The pills were prohibited in the orphanage but it was too late by then. Beth had become addicted to those pills and was finding it hard to focus on the game. Jolene was not able to see Beth suffering, so she smuggled the pills for Beth before the match. Beth was unstoppable after that she ended up defeating all the twelve boys in just half an hour. Beth enjoyed the victory wholeheartedly.

And after years passed Beth grew up to be a fifteen-year-old teenager, and on one fine day, a couple-Alma (Marielle Heller) and Allston Wheatleys visited the orphanage willing to adopt a teenage girl. They liked Beth and made a desire to adopt her. Beth was sad as she had to part ways with Jolene and Shaibel. 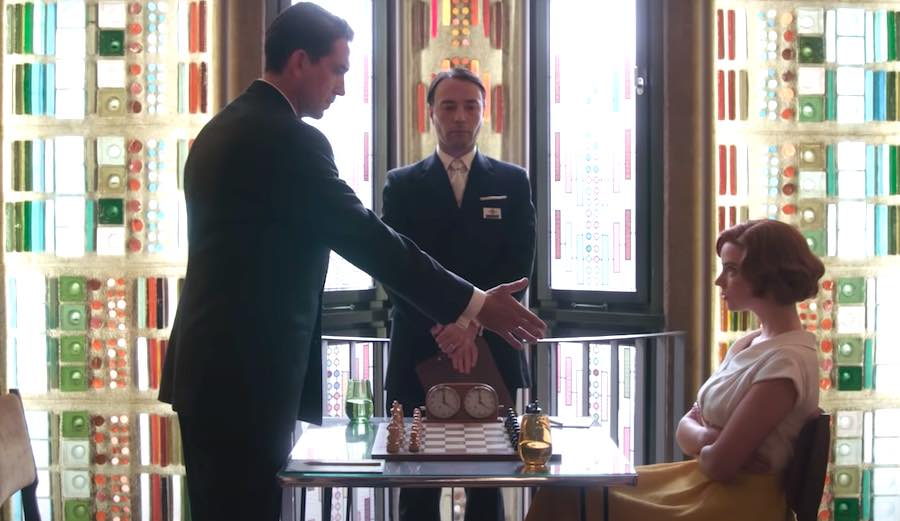 Beth left with Wheatleys to her new home to start a new chapter of her life, but to her dismay, she was hurt to see that Wheatleys had a dead child, and to overcome his death they have adopted Beth. Most of the time Alliston used to remain out of town due to his work and Alma was always distant from Beth and into depression. Beth was admitted to a new school but there too nobody accepted her. Girls were poking fun at her because of her dressing sense. There was no chess club too in the school. It was getting hard for Beth to survive with no friends and no chess. But one day when she was asked by Alma to buy her depression pills, Beth discovered that it was the same pills she used to take in her orphanage. Beth got addicted again and the interest in chess also started to grow again. Beth came to know about a chess tournament through a chess magazine and was very reluctant to take part. Despite Alma's denial to pay for the tournament fees, Beth requested Shaibel to lend her money to take part in the tournament and to return double the amount if she wins. At the tournament, Beth was impressed to see Harry Beltik (Harry Belling) a high-ranking state champion, and D.L.Townes (Jacob Fortune-Lloyd) a handsome and charming young man. Beth learned a lot during the tournament, different styles, and tricks from every game, and was equally impressed by the playing skills of other gamers. She went on to win all her games on the first day but eventually lost the game on the second day against Townes. But on the final day of the tournament, Beth won the tournament against Beltik and won the prize money ($100). Alma was impressed with Beth and agreed to become a better mother for her. Beth started taking part in more tournaments and went on to become a renowned player defeating players from all over the country.

The show had a well-tied plot without any loose endings. Each and Every character makes you feel connected with their outstanding performances especially Anya Taylor, who truly justifies her character as Beth remarkably. The show had everything: drama, realistic struggle of an orphanage girl, her pain, loneliness, and above all outstanding matches. The intensity of the games makes you go awe and especially if you are a chess lover this is really going to take you off your feet.