In recent years autobiographies of famous people have been trending. The audience also enjoys watching and wants to know their struggle, efforts, pain, hard work, and what goes behind to achieve their success. A few years back movies like M.S.Dhoni, Bhaag Milkha Bhaag, Mary Com, Dangal have talked about famous sports personalities but this time they are going to share with us the autobiography of J.Jayalalitha -The famous politician and actress, who has served six terms as chief minister of Tamilnadu. Jayalalitha had been respected and worshipped like a goddess down south and also was addressed as Amma by them. The trailer of Thalaivi launched on Kangana Ranautâ€™s 34th birthday on 23rd March 2021. The trailer is launching a day after Kangana Ranaut won the National Film Award for her performance in the movies- Manikarnika and Panga. It also starred Arvind Swami playing the role of MG Ramachandran, Prakash Raj playing the role of M Karunanidhi, Jisshu Sengupta as Sobhan Babu, and Bhagyashree as Jayalalithaaâ€™s mother Sandhya. KV Vijayendra Prasad is the writer of Thalaivi. Poorna and Madhoo also play a major role in the movie.

Kangana Ranaut gained 20 kgs for this role as she wanted to feel and look like Jayalalitha to make it look as real as possible. Kangana Ranaut also said that this is her â€˜most ambitious projectâ€™. She wanted to do everything she can to make it possible to play her character as perfectly as possible. To share this Kangana Ranaut recently tweeted, â€œI played the first superhuman girl on Indian screen, thanks to my body, a rare combination of dainty yet strong looking. In my 30s, I had to gain 20 kgs for Thalaivi and do Bharatanatyam, it left my back severely damaged but no bigger gratification than to play a role to perfection.â€

While announcing the trailerâ€™s release date, Kangana Ranaut on social media wrote -â€œOne day to go for the trailer launch of #Thalaivi Gaining 20 kgs and losing it all back within a span of few months wasnâ€™t the only challenge that I faced while filming this Epic Biopic, the wait is getting over just in a few hours Jaya will be your forever.â€ 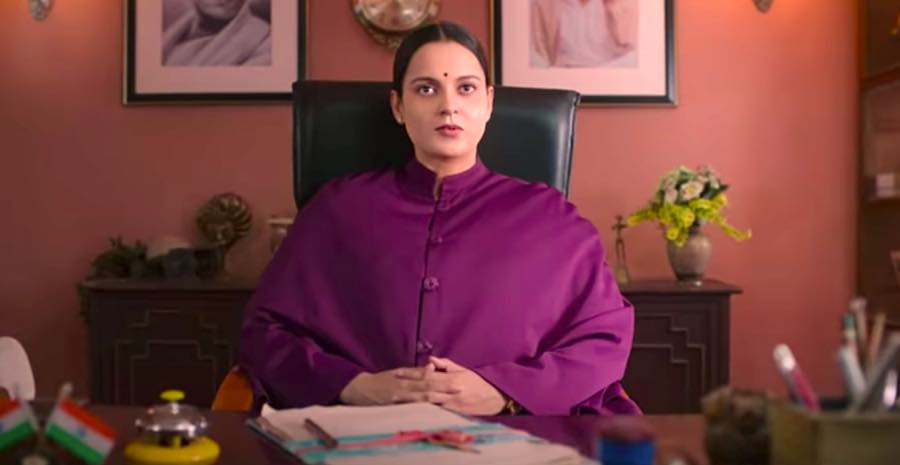 J.Jayalalithaa joined the film industry only to support her family financially. But soon started to gain success in Tamil, Telugu, and even Kannada movies. She was praised for her dancing skills and started to get work with all the prominent actors in the South including the famous actor M.G.Ramachandran. But destiny had a different call for her when she joined politics after the demise of her mother. She was only 16 years old when she starred in Ayirathil Oruvan opposite M.G.R. She was not just beautiful but well-read, spoke English, and was witty. She knew she was intelligent and it was not just her affair with M.G.R that brought her interest in politics but her ability to speak in public in Hindi & English and match the intelligence of an economist. When M.G.R. passed away, the whole party was divided into two but under the leadership of Jayalalithaa, the party became united again after four years.

She was the chief minister of Tamil Nadu six times. She has also been the General Secretary of the All India Anna Dravida Munnetra Kazhagam (AIADMK) party. She was chosen as the chief minister for the sixth time, setting up the record on 23 May 2016. Jayalalithaa passed away in the office on 5th December 2016 at the age of 68 years due to a major cardiac arrest. She held the title of being the second female Chief Minister of Tamil Nadu. She was a part of the Rajya Sabha from 1984 to 1989. She was also called â€˜Puratchi Thalaiviâ€™ which means a revolutionary leader.

She was so talented and multi-skilled. She was a trained Bharatanatyam dancer and had also learned many other dance forms like Kathak, Mohiniyattam, and Manipuri. She also sang in some of her movies and had the skill to sing as well. She knew so many languages including Hindi, English, Tamil, Kannada, Telugu, and Malayalam. Jayalalithaa remained unmarried throughout her life.

Directed by A.L.Vijay and produced by Vibri Media and Karma Media and Entertainment. The movie is going to be released on 23 April 2021 in Hindi, Tamil, and Telugu languages under the same name. Kangana Ranaut has been roped in to play the character of Jayalalitha. Apart from Thalaivi, Kangana Ranaut is working on 4 other projects as well including Dhaakad, Tejas, a film of Indira Gandhi, and Manikarnika Returns: The legend of Didda.

The movie portrays the journey of J.Jayalalitha from a struggling Telugu actress to becoming one of the famous, powerful politicians in the history of India. The first look of the teaser and the trailer has increased immense curiosity among the audience. Kangna Ranaut who is also known as the perfectionist in the film industry gave a promising look and hope she will be able to give justice to the legend. Stay tuned for more.