Indian Pro Music League looks very promising, fans already have a lot of expectations from this show. Indian Pro Music League, the upcoming reality TV show is going to be aired on Zee5 and ZeeTV this February. The concept is quite similar to IPL but itâ€™s going to be about music instead of cricket. The competition is going to have 6 different teams that will be representing 6 different parts of India. We see that the format of the show is going to be quite different and unique. ZeeTV has always entertained its audience and has given amazing shows, So we are expecting a lot from this show.

Many talented musicians and singers will be a part of this show. Manish Paul, who is a very talented host, will be hosting the Indian Pro Music League. We see in the anthem song a lot of stars and celebrities, We also see Salman Khan and it is confirmed that he will be the brand ambassador of the show, including Shraddha Kapoor, Shakti Kapoor, Govinda, Rajkummar Rao, Riteish Deshmukh & Genelia, Bobby Deol, and Suresh Raina. Salman Khan has been a part of amazing reality shows like Big Boss and Dus Ka Dum.

The 6 teams in the competition are Delhi Dhurrandars, Brijwasi Mumbai Warriors, Gujarat Rockers, Bengal Tigers, UP Dabanggs, and Punjab Lions.

Which celebrities are part of the show? Who is going to be in which team? Letâ€™s jump into the details!

The mascots of Dehli Dhunrrandarsa are Shraddha Kapoor, her father Shakti Kapoor, and her brother Siddhant Kapoor. Shraddha Kapoor is a great actress and dancer. She has done many hit movies like ABCD, Half-Girlfriend, Chhichhore, and more. Her father has done iconic films and is a very senior actor loved by everyone. The team leaders of this team are Neha Bhasin, Sajid Khan, and Ankush Bharadwaj.

The mascots of Brijwasi Mumbai Warriors are Ritesh Deshmukh and his wife Genelia. Both of them are amazing actors, Ritesh has done great comedy movies like Dhamaal, Housefull, Masti, etc. Genelia is an actress and model. She has also appeared in Telugu, Tamil, Kannada, and Malayalam films. Her famous films in Bollywood are Tere Naal Love ho Gaya, Jaane Tu ya Jaane Na, and more. The team leaders of this team are Shilpi Rao, Kailash Kher, and Purva Mantri.

The mascot of Gujarat Rockers is Rajkummar Rao. Heâ€™s a great actor and has done amazing films like The White Tiger, Stree, Bareilly ki Barfi, Ludo, Chhalaang, Trapped, and more. The team leaders of this team are Bhoomi Trivedi, Javed Ali, Hemant Brijwasi.

The mascots of Bengal Tigers are Govinda and his wife Sunita. Govinda is a very senior actor and has done great films like Ankhiyon se goli maare, Partner, Coolie no.1, and many more. The team leaders of this team are Akriti Kakkar, Shaan, and Rituraj Mohanty.

The mascot of UP Dabanggs is Suresh Raina. He is the former Indian International Cricketer. He is also known for his great fielding skills. The team leaders of this team are going to be Payal Dev, Ankit Tiwari, and Salman Ali.

The mascot of Punjab Lion is Bobby Deol. He has given great performances in Aashram, Soldier, Badal, Barsaat, and many more. The team leaders of this team are going to be Asees Kaur, Mika Singh, and Rupali Jagga.

Apart from the above-mentioned personalities, 6 fresh voices will join each team along with popular Musicians and Singers. Thereâ€™s a lot to be revealed about the show. Stay tuned with us to know more about the Indian Pro Music League and weâ€™ll keep you updated!

Previous ArticleGinny and Georgia: Season 1 will be streaming on NetflixÂ Next ArticleWill Iron Man return in WandaVision: Marvel New Show 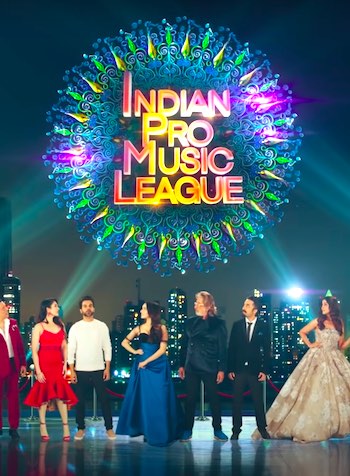